A suspect has been taken into custody – but not charged – in connection with the death of an airman... 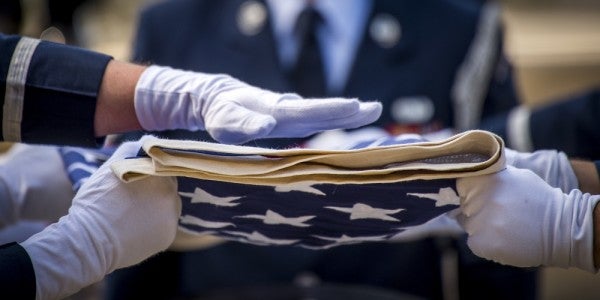 A suspect has been taken into custody – but not charged – in connection with the death of an airman at Andersen Air Force Base in Guam, who may have been stabbed, according to the Air Force Office of Special Investigations.

The airman was pronounced dead in base quarters around 3 a.m. on March 27 after being found unresponsive, a base news release says.

Security forces airmen who were first on the scene,“saw a lot of blood at the scene and what appeared to be a stab wound on the victim,” said OSI spokeswoman Linda Card.

Investigators will not know the cause and manner of the airman’s death until an autopsy is completed, Card told Task & Purpose on Wednesday. Until then, OSI will not have conclusive evidence on how the airman died, nor will it make any decisions on whether anyone should be charged, she said.

“There is a subject in custody,” Card said. “However, he remains innocent of any criminal charges until the autopsy results are released and charges are preferred. Until then we will continue to investigate and take appropriate action based on conclusive investigative findings as well as the official autopsy report.”

Card initially said that Guam’s medical examiner noticed what appeared to be stab marks on the airman’s body, but she later said she misspoke. A military medical examiner from Kadena Air Base, Okinawa is enroute to Guam to perform the autopsy on Friday at mortuary affairs on Naval Base Guam, she said.

CORRECTION: An earlier version of this article incorrectly stated that the Guam medical examiner saw stab wounds on the airman's body.