“Losing a member of our team is one of the most difficult things we face." 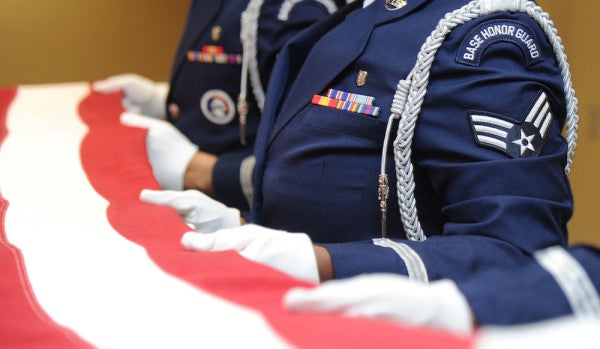 An American airman who died in Guam last week was identified as Airman 1st Class Christopher “Harrison” Fay of the 36th Logistics Readiness Squadron on Tuesday.

Fay was found unresponsive in his quarters at Andersen Air Force Base, Guam on June 3 and pronounced dead later that day, according to the public affairs office for the 36th Wing.

“We are grieving the loss of our Wingman” said Brig. Gen. Gentry Boswell, 36th Wing commander, in a statement on Tuesday. “Losing a member of our team is one of the most difficult things we face. We will stand strong and face this together. Every member of our team is a member of our Air Force family as well. At this time we are focused on caring for the family, friends and all of the Wingmen touched by Harrison in his time with us.”

The cause of death is still under investigation by the Air Force Office of Special Investigations, the 36th Wing told Task & Purpose, and more information will be released as it becomes available.

The 36th Wing is the host unit at Andersen Air Force Base, according to the unit website.

The 36th Wing is currently composed of five groups and 17 squadrons and represents the Indo-Pacific Command’s continuous bomber presence in the region, Stars & Stripes reported in February.

Andersen is home to more than 7,900 military and civilian personnel and is the most forward sovereign Air Force base in the region.

As a part of the 36th Wing, the 36th Logistics Readiness Squadron provides logistics support, including operating the largest fuel storage location in the Air Force, the largest supply and transportation contract in the Pacific Air Force, and the command’s second largest stockpile of basic expeditionary airfield resources, according to the unit website.