One of the busiest military airports in the U.S. was evacuated of non-essential personnel on Wednesday night as a deadly blaze swept across Northern California 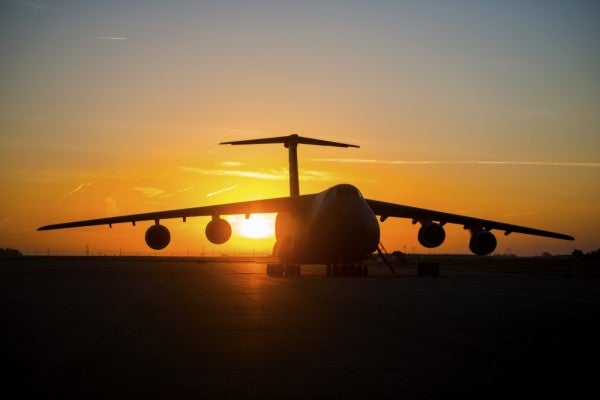 One of the busiest military airports in the U.S. was evacuated of non-essential personnel on Wednesday night as a deadly blaze swept across Northern California.

Travis Air Force Base, home to more than 13,000 active duty service members, reservists and civilians, announced that employees living on base would have to find their own lodging outside of the evacuation area.

The base began evacuating its aircraft around 8:30 the same night, Air Force Magazine reported, with the wing’s C-17s headed to Joint Base Lewis-McChord, Washington, its C-5s to Joint Base San Antonio-Lackland, Texas, and its KC-10s to Fairchild Air Force Base, Washington.

Travis employees join thousands of other California residents fleeing region-wide blazes sparked by lightning and thunderstorms that began on Sunday. The extremely high temperatures and dangerous air quality intensified the speed and ferocity with which the fires spread across Sonoma, Napa, Solano and Lake counties, NPR reported Wednesday.

As of Thursday morning, the so-called LNU Lightning Complex fires (LNU stands for Cal Fire’s Lake-Napa Unit) have burned over 124,000 acres and 175 structures, killed one person, and forced the evacuation of several thousand residents from the cities of Fairfield and Vacaville, both 20 minute drives from Travis Air Force Base, The Sacramento Bee reported.

Shortly after Travis AFB issued the evacuation order on Facebook, officials announced that the base exchange and commissary were closed to encourage people to focus on evacuating rather than getting supplies.

Multiple Facebook commenters offered spare rooms in their houses for evacuees to shelter in, and the base wrote that its comptroller squadron would release information on reimbursing employees and family members for lodging and per diem expenses once the evacuation order has been lifted.

Home of the 60th Air Mobility Wing, the largest wing in the Air Force’s Air Mobility Command, Travis boasts a fleet of large airlift and refueling aircraft such as the C-5 Galaxy, KC-10 Extender and C-17 Globemaster III. The base was described by Military.com as the “largest military aerial port in the United States.”