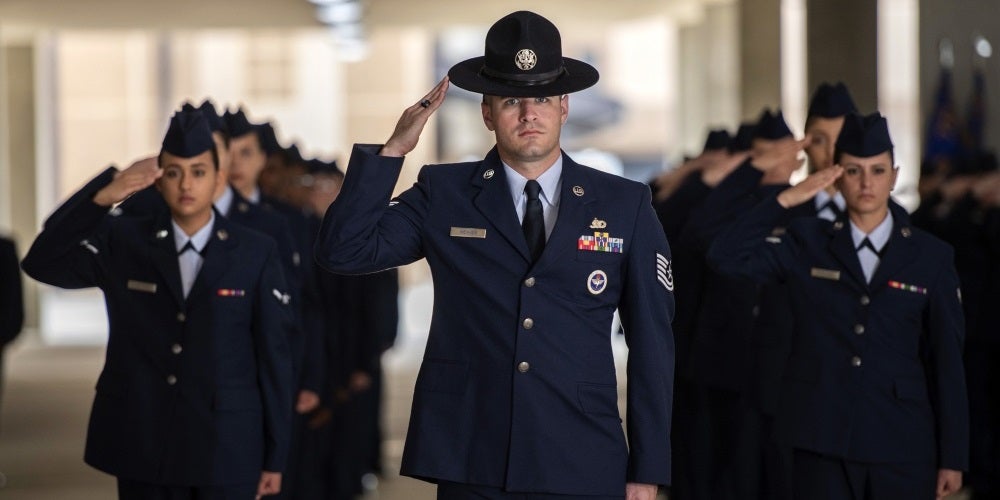 New Air Force recruits are expected to arrive for Basic Military Training on Tuesday at Lackland Air Force Base, Texas, and Keesler Air Force Base in Mississippi after a one week pause in training to slow the spread of the novel coronavirus (COVID-19), service officials said.

“No new recruits reported to BMT last week, allowing time to deep-clean dormitories, dining facilities and other BMT infrastructure, in line with CDC guidance,” said Marilyn Holliday, a spokeswoman for Air Education and Training Command. “Recruits originally scheduled to report to basic military training March 31 were rescheduled for a later date that aligns with their technical training class start date.”

The number of recruits in the training pipeline is being reduced from 700 to 460 recruits each week, Holliday told Task & Purpose.

Of those recruits, 400 will continue to ship to Lackland and 60 will head to Keesler Air Force Base in Mississippi, where the Air Force will test whether it can conduct Basic Military Training starting on April 7.

The Air Force is looking into whether it can use Kessler as an alternate training location for recruits during the coronavirus pandemic, Holliday said.

New recruits will be under movement restrictions for the first 14 days of their training, said Col. Dee Witham, who is also a spokeswoman for AETC.

While the Air Force temporarily paused shipping new recruits to Basic Military Training last week, those recruits who were already at Lackland continued with their training, Witham told Task & Purpose on Tuesday.

Accordingly, the Army has already announced it has paused shipping new recruits to basic training for two weeks.