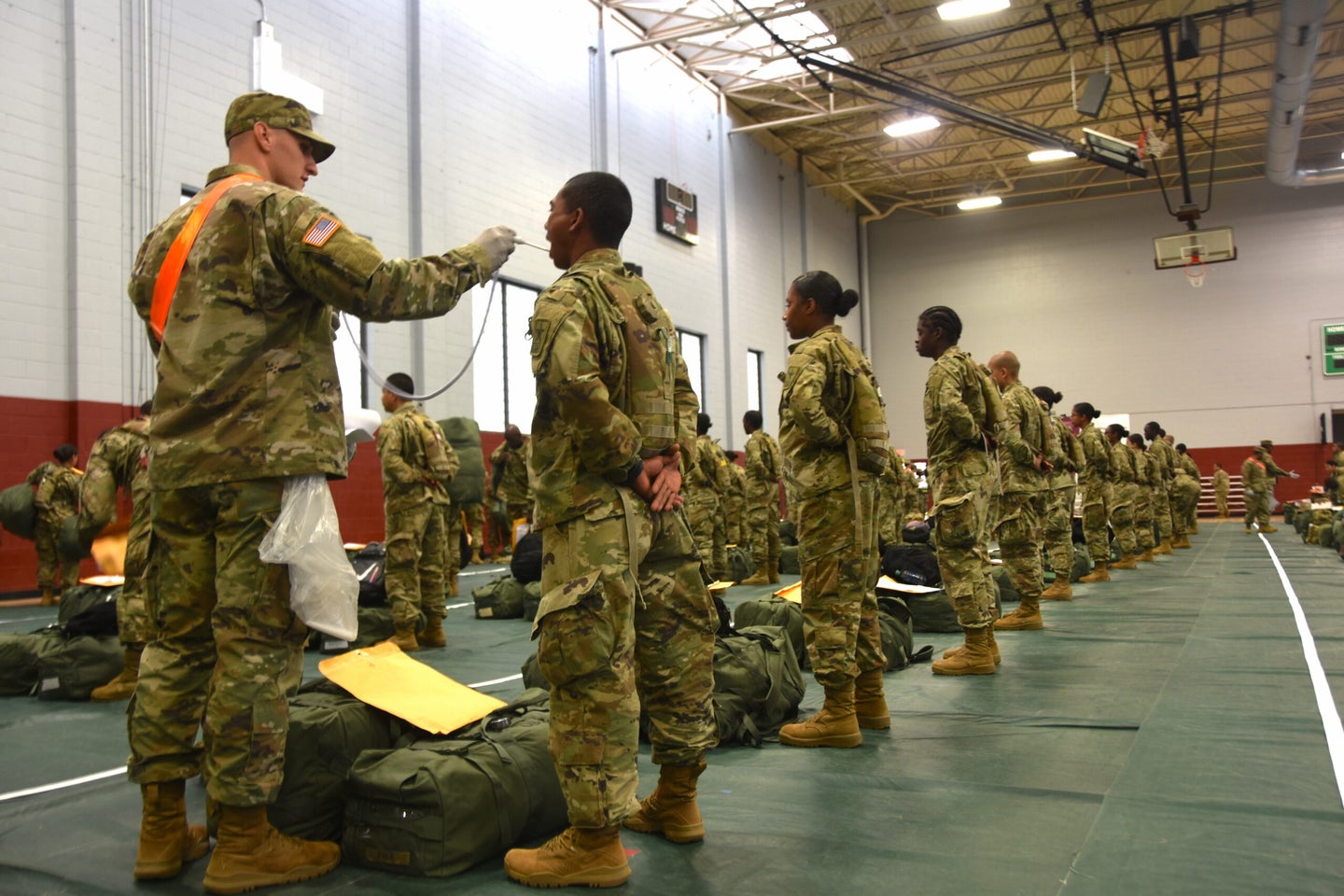 Starting Monday, the Army is putting a two-week pause on sending new recruits to basic training as a way to help stop the spread of the novel coronavirus (COVID-19).

“I want to be clear, that this is not a pause in training for the soldiers currently at our training centers,” Gen. Paul Funk II, commander of Army Training and Doctrine Command, told reporters in a briefing on Monday. “Our drill sergeants, the best in the world, will continue to socially distanced enabled training, and conduct regular screening to identify soldiers that need to be treated. We are still training every day to fight and win our nation’s wars, as our nation expects us to do.”

While it's starting at two weeks, Funk said the pause conditions-based and will be assessed further at the end of that time.

The pause is meant to give commanders a chance to reassess screening procedures for trainees, Funk said, and ensure everything is in place to protect trainees and soldiers coming to the Army's training facilities.

Funk added that the service is altering the training model: after recruits are screened for COVID-19 symptoms at military entrance processing stations (MEPS), they will then be placed in a two-week “controlled monitoring” period.

During that period, the trainees are “in a platoon-sized element,” Maj. Gen. Lonnie Hibbard, commander of the Center for Initial Military Training, told reporters, and continue to be screened while they do “limited training.”

That training includes most of the academic work the trainees can expect during basic, along with fitness training. Essentially, it's the pieces of basic training you can do while social distancing.

“Once they get out of the controlled monitoring, and they're now COVID-free, we can now move into the — from a walk phase of the academics, to the run phase of the collective training and the team-building aspects of basic combat training,” Hibbard said.

Army recruiting has already shifted to adjust to COVID-19 with regular increased screening for new recruits before they ship out.

In March, Maj. Gen. Frank Muth, the head of Army Recruiting Command, said that the service was moving to a 100% virtual recruiting strategy.

Some soldiers who have had their ship-out date pushed back as a result of the spreading virus are being brought on to help local recruiting battalions, Muth said in March.

On Monday, Muth stated that the first two soldiers were brought on board last week to help with recruiting, but that not every one of the 4,000 soldiers waiting to ship out will be able to do the same.

“What we're doing is specifically looking at each case, and we're looking at the hardships that they may be under — whether they've quit their jobs, whether they don't have an apartment now because they let their lease go, they've got family members, all of that — and we're screening them right now,” Muth said.

Soldiers who may not be facing immediate challenges will be authorized to get a bonus when their date to ship out arrives.

“We're trying to do something for all of these delayed shippers,” Muth said. “To ensure that, based on this unexpected national emergency, that they are still committed to the Army, and we're going to take care of them; it's the right thing to do.”