The Army wants to bring in 10,000 new soldiers during a three-day recruiting spree

"We're excited to bring young men and women into our force so they can learn, listen, and actually become part of the greatest Army on the face of the Earth." 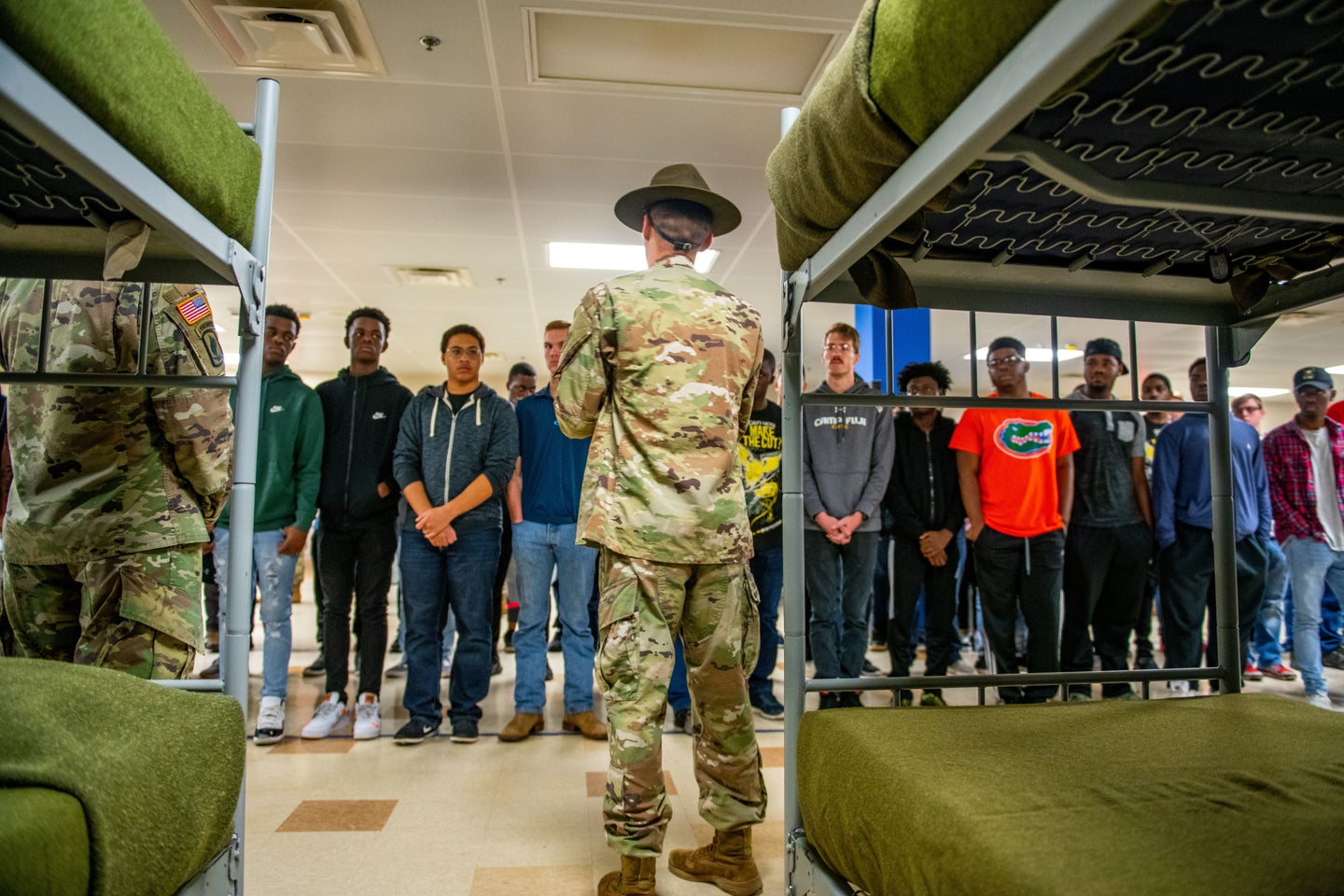 The Army is kicking off a three-day recruiting bonanza, during which they hope to bring in 10,000 new soldiers.

The Army National Hiring Days, from June 30-July 2, is the “first nationwide virtual hiring campaign” of its kind, Army officials said during a roundtable discussion with reporters on Wednesday.

Army leaders said they were confident they would hit the service's total end strength goal of 485,000 soldiers, hough they still couldn't pinpoint what exactly the recruiting goal for the year was.

“Our intent is to get them into recruiting stations, get them on GoArmy.com, get them to come in for an interview or to do a FaceTime or office interview of some sort so they can talk to our recruiters,” Maj. Gen. Frank Muth, head of Army Recruiting Command, told reporters on Wednesday.

The service has ramped up its recruiting efforts in recent years after missing its recruitment goal for the first time in over a decade in 2018.

But their efforts underwent some major changes in the last few months in response to the novel coronavirus (COVID-19) pandemic, moving to 100 percent virtual recruiting.

In April, the service decreased the number of recruits sent out to basic, shipping only around 50% of recruits out at a time. But Gen. Paul Funk, the head of Army Training and Doctrine Command, said on Wednesday that the Army has moved back up to 100%.

Leaders were also optimistic regarding the outcome of the virtual recruiting campaign amid the COVID-19 pandemic. In June, the Army hit around 80 percent of its recruiting requirement for the month, just 10 percent less than it typically sees in the month of June, Muth said.

“That's a lot better than I thought we would see,” he said. “At the end of the day, the Army National Hiring Days [are] to allow for us to get and make up that ground. We're close and we've got momentum going.”

The service still hasn't set a recruiting goal for the year, and Muth explained that he doesn't have a specific number beyond that it's somewhere between 63,000 and 67,000 depending on how much retention the service sees.

Dr. E. Casey Wardynski, assistant secretary of the Army for manpower and reserve affairs, told reporters that the Army had a goal of retaining 50,200 soldiers this year.

Currently, 52,700 soldiers have re-enlisted, and around 34,000 active-duty recruits have been shipped to basic training as of last week, USAREC spokeswoman Kelli Bland said. That doesn't include recruits who are waiting to ship out or Army Reserve recruits.

Funk said that the Army has now fully adjusted to training in a COVID-19 environment and understands “how to do this.”

“We're excited to bring young men and women into our force so they can learn, listen, and actually become part of the greatest Army on the face of the Earth,” he said.