Facing manpower shortage, Air Force offers up to $50,000 for some new recruits

For fun and for profit. 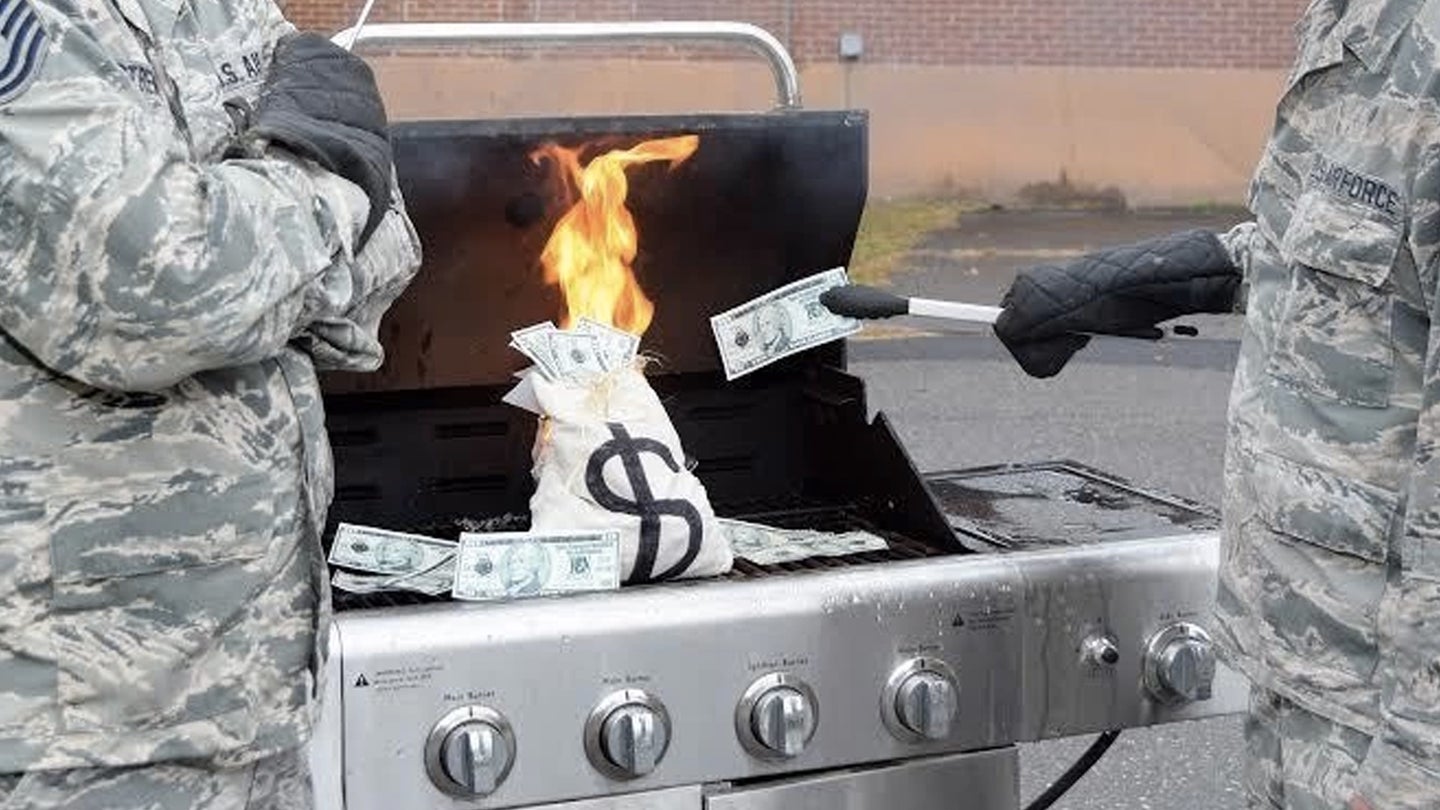 Faced with a low unemployment rate, a small number of eligible recruits and stiff competition for their talents, the Air Force is offering $3,000 to $50,000 bonuses for recruits who sign on for certain career fields such as cybersecurity, special warfare, crypto linguistics and survival training.

“We’ve got to remain competitive as we go after our next generation of Airmen,” said Maj. Gen. Ed Thomas, the commander of the Air Force Recruiting Service, in a statement on Monday. “While we’ve got an unmatched value proposition we also have a record-high level of competition for America’s best and brightest.”

The service is also offering an $8,000 bonus for recruits in any job who can “quick ship,” meaning the recruit can ship out to basic military training in five days or fewer, like an Amazon package that eats Tornados and Monsters for breakfast.

Though there are a few bonuses offered for recruits who sign four-year contracts in certain fields, all of the big bonuses over $10,000 are for six-year contracts. The top three biggest bonuses happen to be for some of the most dangerous jobs in the service: special warfare operator, explosive ordnance disposal technician, and survival, evasion, resistance and escape specialists. Special warfare recruits were already eligible for up to $50,000 before Monday’s announcement, the Air Force recruiting service said.

The special warfare bonus comes at a unique time as the branch pivots from the counterinsurgency warfare of the Global War on Terror to preparing for a possible conflict with China or Russia, which the head of Air Force Special Operations Command said could represent a major shift in the command’s purpose.

“The broader question is, what is the role of an Air Force Special Operations ground force in that future environment? What are the functions that will be done?” Lt. Gen. Jim Slife told Air Force Times in March. “ Is there a role for cyber in an Air Force Special Operations ground force? I can think of a host of specialties that are not currently organic to our special tactics squadrons that might be relevant to the future.”

The bonuses also come as the Air Force Recruiting Service faces one of its toughest recruiting years yet. In a memo leaked on social media in January, Thomas compared the situation to Apollo 13, the 1970 NASA mission where three astronauts nearly died on their way to the moon after an oxygen tank in their ship failed.

“‘Houston, we have a problem,’” Thomas wrote. “Not unlike Apollo 13, we have some mission challenges across Air Force recruiting, [regular Air Force], Guard and Reserve, that we didn’t see coming.”

Overcoming those issues to meet the Air Force’s goal of 45,000 new recruits “will require large measures of teamwork, innovation and hard work,” he added.

Due to the COVID-19 pandemic, recruiters’ time in schools “is at an all-time low,” Thomas said. Besides the lack of face time, the U.S. economy is growing by hundreds of thousands of jobs a month (for now) and 71% of Americans between the ages of 17 and 24 are ineligible for military service. On top of that, the military is 0.66% of the U.S. population, meaning there are fewer “moms, dads, aunts and uncles, people who’ve served, people they know” to serve as examples, Thomas said. Still, the general was confident he and his team could overcome those challenges.

“Without you, America will not be ready for the national security challenges we face,” he told his force in the leaked memo. “We’ll do this together and we’ll do it well, REALLY well.”

Offering bigger bonuses for recruits to sign the dotted line is not a new strategy. In fact, shortly before Thomas sent his memo, the Army announced it was offering up to $50,000, the most money it had ever offered new recruits. In the past, the service had offered even greater sums of up to $100,000, for select infantry staff sergeants and mid-level special forces warrant officers, to reenlist.

Big bonuses and young recruits can sometimes lead to questionable purchases, but the Air Force is seeing a rise in new recruits in their late 30s since the service raised its age limit about 10 years ago, according to Air Force Times. So perhaps instead of muscle cars with high-interest rates, maybe some of the bonus money will go to student loans and mortgages. Or not: after all, used car salesmen have to eat too.