8 Emerging Threats The Defense Department Will Face In 2016

The United States entered 2016 amid a number of complex and growing threats. Though some risks are greater than others,... 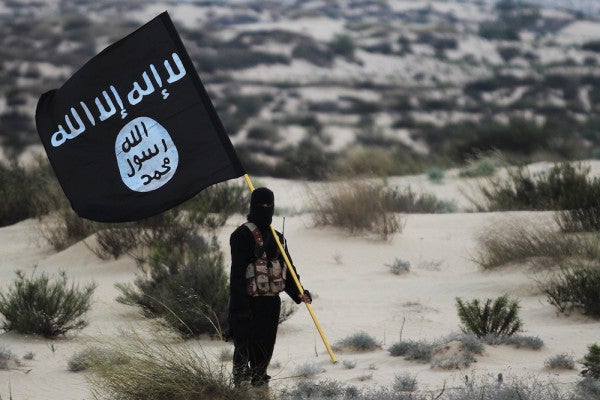 The United States entered 2016 amid a number of complex and growing threats. Though some risks are greater than others, these threats are increasing in danger as they become more and more interconnected.

Despite the fact that all threats pose significant risks, the underlying causes are seemingly intertwined.

“It’s so often the case the state fragility is the threat the runs through a lot of things,” said Rebecca Zimmerman, an associate policy analyst with RAND Corporation, in an interview with Task & Purpose.

As nations continue to globalize, what one state does can have a profound international impact. Seemingly localized issues now have worldwide implications.

“We have this sort of notion that the world was on fire in 2015 … that’s what it felt like to a lot of us,” Zimmerman said. “When we have the impression that we are under threat … the temptation is to try to come up with a silver bullet .”

For the Defense Department, which is facing global threats, shrinking budgets, and personnel cuts, the idea of a silver-bullet solution is becoming more desirable, but also less attainable.

Retired Lt. Gen. Michael T. Flynn, former director of the Defense Intelligence Agency, believes “in some form or fashion, every single one of these is a priority.”

In fact, for certain units under the department, one of these risks serves the number one concern. However, the Pentagon must look at these threats altogether and plan for a multitude of scenarios.

Here are eight threats that we will see in 2016 and in coming years.

The use of technology in deterrence, disruption, and destruction has grown exponentially over the last few years, and shows no signs of slowing down. In response, the Defense Department plans to have more than 133 cyber teams by 2018.

Playing into this rising threat are not only state actors, but also non-state actors. As evidenced by the attacks on the Office of Personnel and Management, cyber attacks can impact millions of people.

“New dominant technologies end up creating new vulnerabilities,” Zimmerman said. “It’s a particularly interesting form of warfare, as there’s no way to get air-tight attribution, which creates a fascinating kind of uncertainty.”

Tom Donnelly, a defense and security policy analyst with American Enterprise Institute, told Task & Purpose said, “If you think about the things that are really problematic for the department, it’s as much the part as it is the technology.”

In 2015, the Global Terrorism Index listed a nine-fold increase in terrorist-related deaths since 2000. It found that in total, 32,658 people were killed in terrorist attacks across 67 countries in 2014.

“You have America leaving or withdrawing, Iran rising, unrest within Sunni states, and organizations like ISIS and Al-Qaeda sort of emerging as the champions,” Donnelly said. “So to think of it as a terrorism problem … would probably make the situation worse.”

The climate in the Middle East, caused by remnants of the Cold War, terrorism, extremism, and continued occupational intervention has essentially altered the region, leaving its states and other cultural and religious factions divided and unstable.

“It’s a combination of state and non-state actors,” Zimmerman said. “It’s the hybrid that is possibly the most toxic.” She cited the Taliban as one such example where an armed terrorist group had some functions of a shadow government — adding that it’s difficult to fight conventional wars with unconventional actors.

Rising Tensions with China and Russia

Among other issues, increased aggression in the South China Sea and Russia’s involvement in Syria made 2015 a tumultuous year for U.S. relations with both states. As the two states ramp up military activities globally, the United States has found itself in a precarious position.

According to Zimmerman, what Vladimir Putin is doing now is referred to as “measures short of war,” operating in a way that is just shy of requiring U.S. military response. This will likely be a phenomenon that continues. Its continued support of the Assad regime in Syria contradicts U.S. foreign policy in its fight against the Islamic State. Additionally, the issue of Crimea continues to be hotly debated.

China, on the other hand, has been less forthcoming with its increased aggression. In 2015, Chinese President Xi Jinping even traveled to the United States as a gesture of goodwill and cooperation.

However, the cyber attack on the Office of Personnel and Management originated in China followed shortly thereafter. What the country could do with the information of more than three million Americans is still unknown. Additionally, in response to China’s actions and increased military presence in the South China Sea, the U.S. military and its allies are flexing their muscles within the region.

Both players also are the strongest opponents in the cyber warfare space.

“They definitely know to operate and maneuver virtually inside of our networks,” Flynn said.

Though these two states will continue to challenge the U.S. in the overall defense space, it is possible to maintain dominance with better budgeting and readiness.

Phillip Carter, a senior fellow with the Center for a New American Security, told Task & Purpose, “We still outspend our competitors like Russia and China by quite a bit, but we can do so a lot more smartly.”

Unrest and Instability in the Middle East

Between Syria and Iraq, unrest about Iran, the Middle East is a hotbed of tumultuous activity.

A study January 2016 conducted by the Center for Strategic and International Studies showed that “the coming year is almost certain to see a broader Arab focus on Syria, Iraq, and Yemen as major threats that are at least as important to the Arab Sunni states as the threat posed by ISIS and Al Qaeda.”

While the western world focuses on terrorism, Arab nations like Jordan, Egypt, Saudi Arabia, Bahrain, Kuwait, and the United Arab Emirates have clear national interests in pushing Assad from power and reducing or Iranian influence in Lebanon, Syria, Iraq, and Yemen.

The instability in the Middle East is an international problem with implications for global markets, security, and other interests — many which can profoundly impact the United States and its allies.

As far as the Islamic State is concerned, Flynn suggested the department would be kidding itself if it thought that this group was not a serious or credible threat.

He added, “They believe … they are winning and that we are losing.”

The War on Drugs

While U.S. based-drug cartels are not necessarily a domestic issue within the United States, the bordering state of Mexico has seen an uptick in cartel crimes — including homicide, violence, and trafficking, and have also begun operating within U.S. borders. A 2014 report done by the Council on Foreign Relations showed 90% of American cocaine enters through the Mexican border. Even more, these cartels produce 80% of the crystal meth sold in America, 14% of the heroin, and an unknown percentage of marijuana.

According to Zimmerman, the question becomes, “How should we, in an era of shrinking budgets, balance the number of people we’re keeping in the military and how we’re preparing them?”

“The next big area of defense risk is figuring out where to make long-term investments,” according to Carter.

The department will be forced to balance capability, capacity, and readiness amid issues like tensions “with Russia, China, Iran and North Korea; ISIL and the global counterterrorism challenge; balancing capability, capacity and readiness; compensation and retention for today's force; the Force of the Future; innovation in investments and practices; operating in space and cyberspace; and modernizing the nuclear deterrent in the 2020s and 2030s.”

Carter further said, “If it doesn’t have enough troops to cover every contingency, the Pentagon must choose the mostly likely one or the most difficult ones to prepare for.”

Regardless of the logistics, bipartisan squabbles about budgets and military action will likely continue in Congress and as a new president takes office in 2017.

The Spread of Religious Extremism in Africa

With the rise of al Shabaab in East Africa, Boko Haram and the Lord’s Resistance Army in Central Africa, the Islamic State in North Africa, and a whole host of other sects including cult religions, extremism in Africa threatens to undermine stability across the entire continent.

According the an article by The Conversation, Africa’s vast expanse, sparseness of advanced technology, and lack of education make it a particularly susceptible to extremism. These same characteristics also make it difficult for nations to get involved in fighting that same extremism — the United States included.

“The bigger problem in Africa,” Flynn said, “is the amount of ungoverned space.”

He added that in addition, the exponential population growth — which is creating economic struggles — is opening a niche for religious extremism in the region.

In response, U.S. Africa Command began a campaign to target terror groups across a number of states in January 2016.

“Each of these pockets of radical extremism have, for the most part, grown organically out of historical pockets of instability generated by political marginalisation and economic deprivation,” Johnnie Carson, a former US ambassador to several African countries, told Financial Times in October 2015.

Domestically and internationally, disaster preparedness is becoming a major issue as the spread of diseases, climate change, and other natural phenomena threaten the stability of our now very interconnected world.

Haiti, for example, had a fragile government prior to the earthquake in 2010, but afterward the effects were devastating.

Additionally, the Defense Department voiced its concerns about the Ebola outbreak, with the Centers for Disease Control and World Health Organization proclaiming that the world was unprepared to address the global threat of a virus.

The rapid escalation of the virus in Guinea, Liberia, and Sierra Leone showed how much of a threat can be posed by disease-induced disasters and the long-term impact on regional and global stability.

As far as the U.S. government is concerned, the issue is in the consequences of not aiding in disaster relief efforts. Instability created by disaster is can be just as dangerous as the effects of war or terrorism.

These eight issues will pose threats through 2016 and beyond as long as the overarching issue of global instability continues.

“It’s a real challenge to come up with a genuine strategic solution,” Donnelly said.

However, on the more optimistic side, Flynn noted, “The United States of America can juggle more than one number one priority at a time, if we can’t, then we’re not the greatest country in the world.”