President-elect Donald Trump has chosen the next Secretary of the Army, and it will be billionaire hockey team owner Vincent... 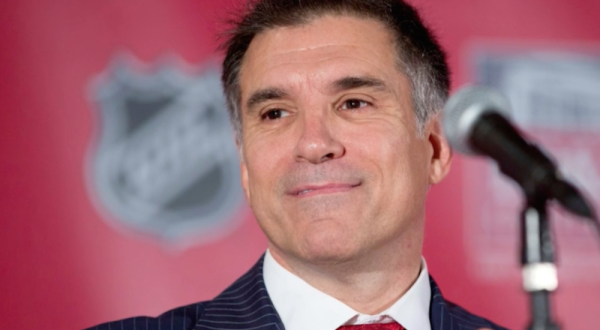 President-elect Donald Trump has chosen the next Secretary of the Army, and it will be billionaire hockey team owner Vincent Viola.

“He is a man of outstanding work ethic, integrity, and strategic vision, with an exceptional ability to motivate others,” Trump said in a statement. “The American people, whether civilian or military, should have great confidence that Vinnie Viola has what it takes to keep America safe and oversee issues of concern to our troops in the Army.”

The founder and executive chairman of Virtu Financial Inc., a high-speed trading firm, Viola bought the NHL’s Florida Panthers in 2013. But before his lucrative career in trading and professional sports, he came from humble beginnings.

Viola grew up in Brooklyn where his father was a truck driver and World War II veteran, while his mother stayed at home. He graduated from West Point in 1977 and served in the 101st Airborne Division, separating from the Army with the rank of Major in the Reserves.

“It is an honor to be nominated to serve our country as President-elect Trump’s Secretary of the Army,” Viola said. “This great honor comes with great responsibility, and I will fight for the American people and their right to live free every day.”

Earlier, it was rumored that retired Army lieutenant colonel and former Congressman Allen West was in contention for the post. West, however, retired to avoid court martial for torturing an Iraqi policeman in Tikrit in 2003. In interrogating him, West fired a gun near the man’s head.

But Trump’s pick for Defense secretary, retired Marine Corps Gen. James Mattis has a bit of history with West, according to Roll Call. Mattis called West a “commander who has lost his moral balance or has watched too many Hollywood movies,” according to Thomas Ricks in his book “Fiasco.”