Fox & Friends has had a string of interviews with high-profile figures close to President Donald Trump, who frequently tweets... 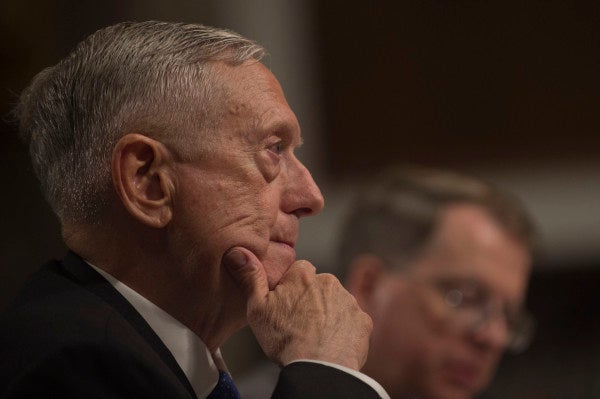 Fox & Friends has had a string of interviews with high-profile figures close to President Donald Trump, who frequently tweets directly to the show. But there’s at least one person in Trump’s administration who seems reticent to go on the morning TV program: Secretary of Defense James Mattis.

As the top dog in the Defense Department, Mattis has taken an apolitical stance, carefully sidestepping requests from Trump staffers, according to the New York Times. Those close to Mattis say he’s repeatedly turned down repeated offers from Trump’s aides who have called the Pentagon weekly, asking the Pentagon chief to appear on Fox & Friends, according to the New York Times.

Mattis has a well-documented history of saying exactly what he thinks, whenever he wants, a trend which has its own name: Mattisms.

But as secretary of defense, the retired career Marine has taken a more cautious approach, picking and choosing his media appearances with care, like that time he was the subject of a feature spread in The New Yorker, or when he did a lengthy one-on-one interview with CBS’ Face The Nation in May.

In order to avoid being drawn into politics, Mattis has even limited the number of public briefings he’s conducted at the Pentagon since taking over the post, “appearing behind the lectern” in the briefing room only twice, according to the Times.

There’s a string of other sticky issues which have put the Pentagon and the White House at odds with each other, from Qatar — which the president accused of sponsoring terrorism — to climate change, which the Pentagon sees as a national security concern.

Mattis’ decision to eschew the “political” has fueled speculation that he’s distancing himself from the Trump administration, but the Defense Department head has a track record of sidestepping political landmines.

Mattis has long been a proponent of the military as an apolitical institution, telling Task & Purpose in September 2016 that that when the military begins taking sides along political lines, it erodes trust between the services, their civilian leaders, and American citizens.

“There’s got to be an openness and a trusted dialogue where motives are not suspect and the gap does not create alienation between our political leadership and our military, and certainly not between our citizenry and the military.”