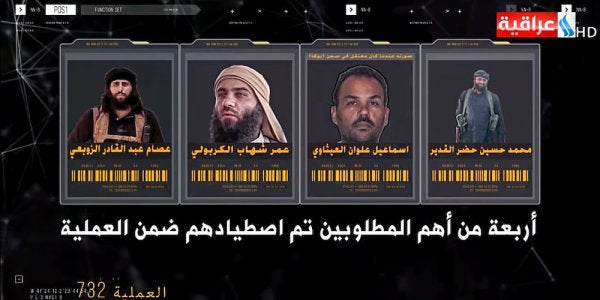 American and Iraqi intelligence operatives recently captured five top-level ISIS officials during a three-month sting operation Iraqi officials told the New York Times on May 9, an operation that reportedly involved a senior aide to ISIS chief Abu Bakr al-Baghdadi, “persuaded” by the American and Iraqi intelligence officials, calling up his fellow ISIS goons and “lure them across the border” from Syria into Iraq, where they were promptly arrested.

The Times claims the whole operations “underscores the strengthening relationship between Washington and Baghdad,” but the real takeaway is that ISIS leaders are backstabbing goons. Good times!