A group of Marines based in southern California are embroiled in a health insurance scam that cost the military’s medical... 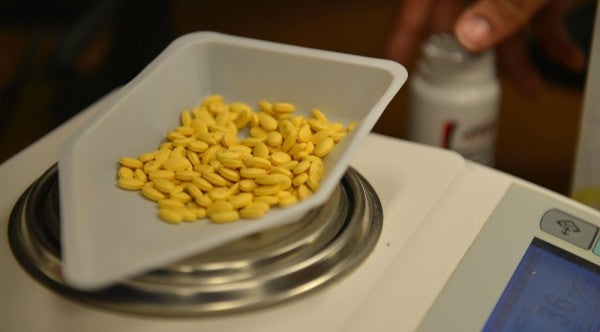 A group of Marines based in southern California are embroiled in a health insurance scam that cost the military’s medical provider, TRICARE, more than $67 million. The scheme, reported by the San Diego Union-Tribune on Aug. 18, involved Marines who were allegedly paid $100 to $300 a month to talk to doctors as part of a “telemedicine exam,” according to an affidavit obtained by the Union-Tribune.

The alleged scam involved a network of Marines in southern California who would call into a doctor’s office in Cleveland, Tennessee, to receive prescriptions for compounded medication — expensive drugs tailor-made for patients — that would be then filled by a pharmacy in Bountiful, Utah, that had a license to ship to California. Then TRICARE was billed for the costly medication.

According to the report, the Utah pharmacy was sold to new owners in 2014. After the new owners took over, the number of claims to TRICARE for compound medications shot up dramatically. Just four months into 2015, the number of prescriptions for the expensive drugs ballooned to 4,637, resulting in $67.3 million in reimbursements from TRICARE, according to the San Diego Union-Tribune.

The Union-Tribune broke the story after the U.S. Attorney’s Office filed a complaint on Aug. 17 in San Diego, as part of an asset forfeiture case against Jimmy and Ashley Collins, who own Choice MD, a medical practice in Cleveland, Tennessee. The majority of the prescriptions were authorized by emergency room doctors who worked for Choice MD.

No arrests have been made in the ongoing San Diego investigation, though these kinds of scams aren’t new. Investigations into similar cases across the country have led to arrests, with a Pompano Beach, Florida pharmacy owner facing charges of attempting to rip off TRICARE for $37 million in a similar scheme involving compound medication.

“While we cannot comment on open investigations, TRICARE is committed to protecting the integrity of the benefits our service members have earned and deserve,” TRICARE officials told Task & Purpose via email. “We have and will continue to work with law enforcement departments and agencies to stop these fraudulent activities.”