On the morning of Sept. 14, a blast reportedly rocked Fort Bragg, North Carolina, injuring a number of soldiers under... 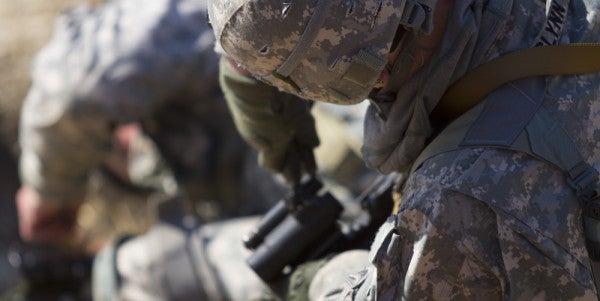 On the morning of Sept. 14, a blast reportedly rocked Fort Bragg, North Carolina, injuring a number of soldiers under Army Special Operations Command so badly that they required evacuation to Womack Army Medical Center by helicopter.

Local WRAL first reported that 15 soldiers were wounded as a result of the incident at Range 76 — the base’s live-fire training range. Later, the Army reduced the number of injured soldiers to eight. (Army Special Operations Command spokesman Lt. Col. Rob Bockholt told Task & Purpose he could not confirm the location of the mishap, or even that there was an explosion. “Nobody said that there was an explosion,” Bockholt told Task & Purpose. “There are eight injured, and what happened is under investigation.”)

Now, the Army has confirmed that one soldier, Staff Sgt. Alexander P. Dalida, has died as a result of his injuries. The identities and conditions of the other seven victims remain unknown. The soldiers were reportedly students from the John F. Kennedy Special Warfare Center and School, and the incident took place during a demolition training exercise.

“The special operations community is a close-knit family,” Maj. Gen. Kurt Sonntag, commander of the school, told NBC News. “Staff Sgt. Dalida's death is a reminder that a soldier's job is inherently dangerous. Our thoughts and prayers are with Staff Sgt. Dalida's family and friends.”