As the United States wages a protracted war in Afghanistan and a 16-year-long Global War on Terror that has received... 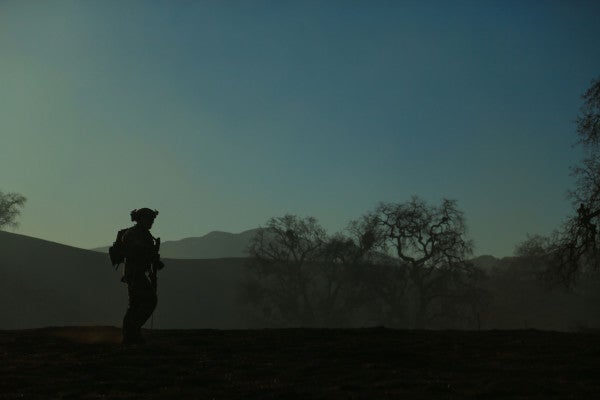 As the United States wages a protracted war in Afghanistan and a 16-year-long Global War on Terror that has received renewed commitments from President Donald Trump,the Los Angeles Times has highlighted a stunning reality in a new profile published May 25: More than half of the American combat fatalities since 2015 have befallen service members assigned to U.S. special operations units.

The detail reveals the increased pressure placed on members of the military’s most elite units, which include the Navy SEALs and special warfare combatant crewmen, the Army’s Green Berets and Ranger battalions, the Air Force’s pararescuemen, and the Marine Corps’ MARSOC Raiders. To that end, consider this statistic: six U.S. service members have been killed in combat thus far this year. Five of them were either members of the Navy SEALs, Army Green Berets, or the 75th Ranger Regiment.

High-profile deaths of American special operators have drawn attention to Trump’s aggressive stance with the use of American military power. This includes the death of Navy SEAL Chief Petty Officer William “Ryan” Owens,who was killed in a raid in Yemen just nine days into the Trump presidency. It also includes the death of Navy SEAL Chief Petty OfficerKyle Milliken, killed earlier this month fighting al Shabaab militants in Somalia, as part ofthe expanded use of military force there. Milliken is the first U.S. service member to die in combat in Somalia since 1993, when 18 American troops were killed in the “Black Hawk Down” incident. There are currently roughly 50 special operations forces deployed in Somalia, working with the Somali military to conduct anti-terrorism operations against al Shabaab. The commander of U.S. forces in Africa, Marine Gen. Thomas Waldhauser, sought for and received increase autonomy from the Trump administration in conducting strikes against al Shabaab in Somalia earlier this year.

That increased reliance on special operations is a trend that is over 16 years in the making that has been compounded by the Trump administration’s aggressive stance against terrorism.

The Los Angeles Times story details how the military has grown ever-more reliant on special operations unit in the post-9/11 area. U.S. Special Operations Command saw its budget and its personnel size grow more than 15,000 during the Obama administration, even as then-President Barack Obama cut the size of the military as a whole and reduced the number of troops deployed to conflicts in Iraq and Afghanistan.

In Syria in particular, where a civil war is entangled with a global conflict against the Islamic State terror group, the U.S. special operations footprint has ballooned over the past year from 50 advisors in northern Syria, to more than 500 troops deployed in a broad variety of roles.

In total, there are 8,600 special operators deployed in 80 countries around the world. But many Pentagon policy leaders, leaders in the special operations community, and congressional leaders are cautioning that we’re spreading those units far too thin.

The Los Angeles Times cited congressional testimony from both the commander of U.S. Special Operations Command and the acting assistant secretary of defense for special operations where both leaders shared grave concerns that these special operations assets are being deployed in a manner and at a pace that is unsustainable to the warfighter.

“We’ve mortgaged the future in order to facilitate current operations,” Theresa Whelan, the acting secretary for special operations, said in testimony to the House Armed Services Committee earlier this year.

One prominent Republican congressman, himself a former Navy SEAL, seems to agree.

Rep. Scott Taylor of Virginia told the Los Angeles Times “There’s been misuse and overuse of our special operation forces in recent years. We need to be more discriminatory in how we use these forces because, in many ways, the future of the command depends on it.”

In addition to the operational and policy risks posed by this reliance on special operations, there is a cultural one. The writer and Iraq War veteran Matt Gallagher wrotea fantastic piece for the New York Times last year where he described the cost of Americans thinking all of their problems abroad could be solved by faceless “super soldiers.”

“The mythos of Special Operations has seized our nation’s popular imagination, and has proved to be the one prism through which the public will engage with America’s wars,” Gallagher wrote.

“Special Operations are not a panacea,” he continued. “Just as SWAT teams can’t fulfill their purpose without everyday beat cops on corners, operators can’t and don’t function in a vacuum.”

There are consequences to this policy, a cost to even the most successful raids. These are not mythical super soldiers; these are real Americans with real lives and families. Increasing America’s reliance on them, and thrusting them into harm’s way without careful and respectful deliberation is not just unsustainable, it’s dangerous.