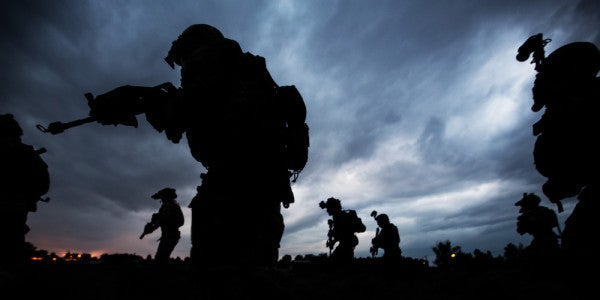 The raid was the first acknowledged by CENTCOM in the country since a Navy SEAL was killed in a counter-terrorism operation carried out after President Donald Trump took office in January.

The seven al-Qaeda terrorists were reportedly killed through “a combination of small arms fire and precision airstrikes,” according to CENTCOM. According to the Washington Post, the SEALs were supported by “an array of special operations forces.”

Pentagon spokesman Capt. Jeff Davis told Fox News that an AC-130 gunship was called in to provide air support after SEALs engaged the militants in a firefight.

A defense official characterized the operation as an “intelligence-gathering raid,” Reuters reports, carried out with the knowledge and authorization of the Yemeni government and targeting several buildings thought to be a “headquarters” for the terror network’s Yemen offshoot.

“Raids such as this provide insight into AQAP’s disposition, capabilities and intentions, which allow us to continue to pursue, disrupt, and degrade AQAP,” CENTCOM said in a statement.

The New York Times reports that the raid “was intended to seize potentially important information from the compound — typically electronic devices such as computers, hard drives and cellphones — and was not an attempt to kill or capture a particular individual,” according to CENTCOM spokesman Col. John Thomas.

Davis told Fox News that the raid was the “deepest” U.S. special operators had ventured into the country.

The January raid was the first military operation authorized by President Trump. In addition to the fallen SEAL, the raid also left as many as 25 civilians dead. As of this writing, there is no publically available information regarding civilian casualties incurred during the May 23 operation.

While Tuesday’s raid is certainly the first in Yemen acknowledged since that January mission, it’s certainly not the only one that CENTCOM has conducted. According to the Times, special operators have carried out “site exploration” missions in the country with similar intelligence-gathering objectives as the May 23 operation.

Tuesday’s raid was not authorized by President Trump, but rather by CENTCOM chief Gen. Joseph Votel, according to Fox News.