Legendary Navy SEAL On What It Really Takes To Crush ISIS

“It’s the will, the will to kill,” says Jocko Willink, a retired Navy Seal officer, during an interview with Brian... 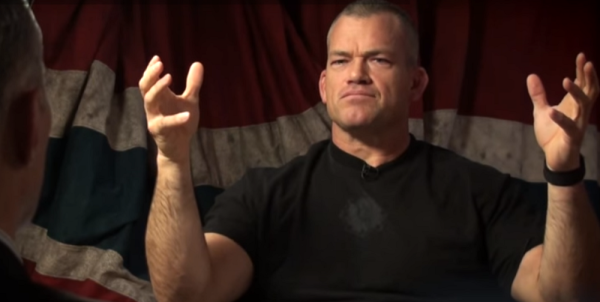 “It’s the will, the will to kill,” says Jocko Willink, a retired Navy Seal officer, during an interview with Brian Rose from London Real about what it takes to defeat the Islamic State.

Willink, who led SEAL Team 3, Task Unit Bruiser, in Iraq during the 2006 Battle of Ramadi, discusses the human cost of war and America's willingness to fight ISIS.Task Unit Bruiser became the most decorated special operations unit of the Iraq War.

“The hard thing about the will to kill is that everybody has the will to kill ISIS,” he said. “These are horrible, savage, subhumans who are doing horrible, despicable things to other people. Most people say, ‘Alright, they deserve to die.’’

In the interview, Willink explains that this desire to fight ISIS isn’t enough.

“America is not ready to make a sacrifice,” to defeat the Islamic State, Willink says, adding that after 15 years of grinding warfare, American’s feel hard-pressed to commit troops to another ground war.

Willink explains that there is a breaking point, however.

“Something about America that is always there is that when it reaches a certain point, when we’ve had enough, then stand by, because we will come and do what needs to be done,” says Willink.

Willink retired from the SEALs in 2010 after 20 years of service and the following year started the Echelon Front, a leadership consulting firm. London Real is a personality driven interview series that Rose began in 2011, which profiles individuals and personalities from a range of backgrounds.

Watch a clip from the London Real interview with Navy SEAL veteran Jocko Willink below.