The SEAL Team 6 raid in Yemen that resulted in the death of Chief Special Warfare Operator William “Ryan” Owens... 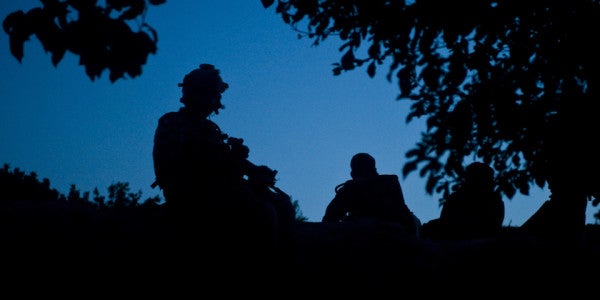 The SEAL Team 6 raid in Yemen that resulted in the death of Chief Special Warfare Operator William “Ryan” Owens was declared a success by President Donald Trump, who praised Owens and his fellow commandos, three of whom were wounded, for “killing 14 members” and “capturing important intelligence that will assist the US in preventing terrorism.” But as more details of the weekend covert counterterrorism operation emerge, it’s evident that the mission didn’t go according to plan.

U.S. Central Command has now acknowledged that the raid resulted in civilian casualties, saying in a statement that an investigating team had “concluded regrettably that civilian noncombatants were likely killed” during the raid, which culminated in a nearly hourlong firefight. Central Command also conceded that children may have been among the dead. Reports of civilian casualties first came from medics at the scene, who claimed that a total of 30 people had been killed in the battle, including 10 women and children. Pentagon spokesman Capt. Jeff Davis told reporters that both women and men were firing at U.S. forces.

Meanwhile, three unnamed U.S. military officials told Reuters that the battle, which one described as a “brutal firefight,” resulted in the deaths of at least 15 Yemeni women and children, and that one of them was indeed the 8-year-old daughter of Anwar al-Awlaki, an American citizen who was the target of a U.S. drone strike in 2011. The girl’s death, not yet confirmed by Central Command, was first announced by members of her family. “She was hit in the neck with a bullet and suffered for two hours,” her grandfather, Nasser al-Awlaki, told Reuters.

Despite Trump’s declaration during the campaign that you “have to take out families” of terrorists, Nasser al-Awlaki said in an interview with The Guardian that he believed his granddaughter's death was not intentional.

The military officials also told Reuters that Trump had “approved his first covert counterterrorism operation without sufficient intelligence, ground support or adequate backup preparations,” which resulted in the SEAL team being ordered to advance on an al Qaeda compound fortified with landmines, snipers, and a “larger than expected contingent of heavily armed Islamist extremists.”

The New York Times described a similar scenario but in more detail. According to the Times, the al Qaeda militants had been “somehow tipped off to the stealthy advance toward the village — perhaps by the white of American drones that local tribal leaders said were flying lower and louder than usual,” and that through a “communications intercept, the commandos knew that the mission had been somehow compromised.”

But the SEALs, joined by elite forces from the United Arab Emirates, pressed on toward their objective — the Yemeni village of Yaklaa, a stronghold of al Qaeda in the Arabian Peninsula, or AQAP. Once there, they were rebuffed by what The Washington Post describes as an “intense counterattack,” and a pitched gunbattle ensued. The SEALs were reinforced by helicopter gunships and jets. An elite Special Operations air regiment was eventually deployed to pull the team out, but the extraction was stalled when one of its MV-22 Ospreys lost power and hit the ground hard enough to wound two service members and disable the aircraft, which was subsequently destroyed by a U.S. airstrike.

The operation was the first U.S.-led ground raid carried out in Yemen since 2014, and Owens is the first American service member to die on the ground there since the country was plunged into a bloody civil war between rebel factions and government forces. As a result of the chaos, parts of Yemen have become almost impenetrable sanctuaries for terrorist groups like ISIS and AQAP, which has been involved in multiple plots to attack U.S. targets outside Yemen. According to independent news site Bellingcat, the group was complicit in both the 2013 Boston Marathon bombing and the 2015 Charlie Hebdo massacre. Abdularoof al-Dhahab, a senior AQAP leader and the brother-in-law of Anwar Al-Awlaki, was killed in the raid, al Qaeda said.

The planning phase of the operation began months ago but President Barack Obama held off approving the raid before his Jan. 20 departure. Trump approved the raid soon after taking office, signaling that he planned to follow through with his campaign promise to intensify the fight against global terrorism. The new president spoke with Owens’ family to offer his condolences, and paid an unexpected visit to Dover Air Force Base in Delaware to receive the fallen commando’s remains. His administration maintains that the mission was a success.

White House spokesman Sean Spicer, who is also a U.S. Navy Reserves public affairs officer, told Reuters: “Knowing that we killed an estimated 14 AQAP members and that we gathered an unbelievable amount of intelligence that will prevent the potential deaths or attacks on American soil — is something that I think most service members understand, that that’s why they joined the service.”