Tom note: I asked the Council to put out a statement offering its collective thoughts on President Trump’s request for... 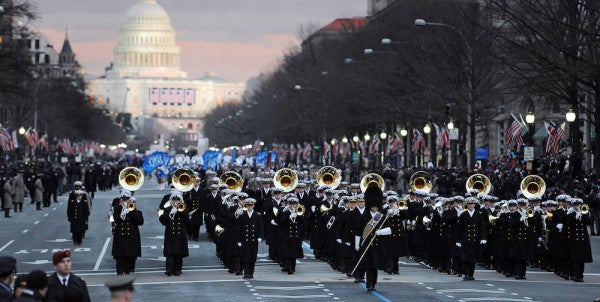 Tom note: I asked the Council to put out a statement offering its collective thoughts on President Trump’s request for a military parade. It quickly became clear that the members of the Council had a variety of views, so instead I have compiled their individual views.

“If you really want to honor the American military, take care of it and its veterans. Don't march 'em down Constitution Ave.” —former Army Sgt. Fletcher Schoen

“A parade like this only emphasizes the civ-mil divide. And after 16 years of war — and with no end to it in sight — we’re war weary. I’d rather see the president celebrate our military in a way that positively impacts our service members. A clear national security strategy would be a good start. As would respecting Gold Star families, and immigrant and transgender service members.” —former Marine Cpl. Mackenzie Wolf

“Given his personal evasion of military service in wartime and deliberate withdraw of the United States from international commitments, that President Trump wants a military parade intended to rival our European ally uncomfortably echoes Soviet-style hypocrisy.” —Former Spc. John Ford, an Army veteran of Afghanistan

“The country is war-weary and the soldiers are tired, the last thing we need is a parade.” —former Army National Guard Sgt. Tessa Poppe