Check Out The Underwater Jet Boots Used By Navy SEALs

If you’ve ever thought to yourself, “I really want to go for a swim, but nah, that’s way too much... 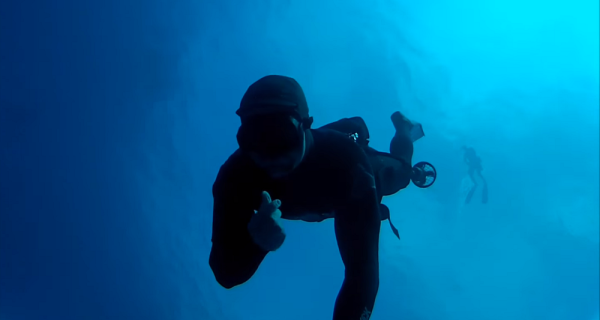 If you’ve ever thought to yourself, “I really want to go for a swim, but nah, that’s way too much work,” then these Jetboots might be right up your alley:

Officially called the Jetboots Diver Propulsion System, it’s essentially a pair of small thrusters that attach to a diver's leg, allowing for hands-free movement underwater. Developed by Patriot3 for military use, the Jetboots weigh roughly 25 pounds, are easily stowed in a ruck, and the batteries can be swapped out underwater. Using the Jetboots is pretty straightforward: Strap the thrusters on and you can move quickly through the water with minimal effort. Even changing direction is easy — all you have to do is move your head or torso. It also lets you pull off cool backflips underwater while you talk with fish, like this guy:

Patriot3 designed the system for military divers and the Naval Special Warfare Development Group, aka SEAL Team 6, occasionally issues the Jetboots to its members, according to The Drive.