Rudy Boesch, the retired Navy SEAL who was one of the first contestants to appear on the reality television show Survivor, has died at 91. 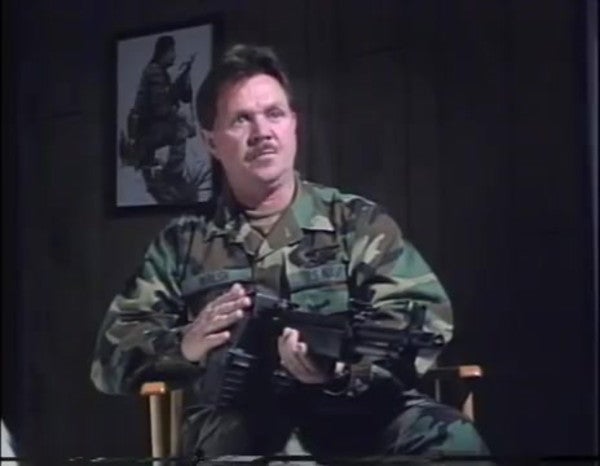 Rudy Boesch, the retired Navy SEAL who was one of the first contestants to appear on the reality television show Survivor, has died at 91.

Born Jan. 20, 1928 in Rochester, New York, Boesch passed away after a long battle with Alzheimer's disease, according to People Magazine. Funeral arrangements have not yet been announced.

Most Americans first learned of Boesch from his appearance on the first season of Survivor, where he ended up in third place on the top-rated show now in its 38th season. Appearing on the show at the age of 72, Boesch was the oldest competitor, and his gruff manner, along with politically-incorrect “Rudyisms” made him a fan favorite.

His third place finish wasn't all that disappointing to the accomplished SEAL, Boesch told Newsmax.

“Doing it wasn't nothing,” Boesch said. “For about half those people it was the biggest thing they ever did in their life. They hadn't done anything. But I did that stuff all the time. The toughest thing was putting up with some of the people.”

He later appeared on Survivor: All Stars when he was 75.

Boesch joined the Navy in April 1945 when he was 17 but was still in training when World War II ended. He volunteered for a unit that was a precursor to the SEALs and later served on a destroyer ported in China. In 1951, Boesch completed Underwater Demolition Team training and was assigned to UDT-2 and UDT-21, according to NavySEALs.com.

In 1962, Boesch was among a handful of sailors selected to stand up SEAL Team 2, and served on two combat deployments to Vietnam, where he earned the Bronze Star Medal for valor. He went on to serve for 45 years in the Navy and rose to the rank of master chief petty officer, retiring as the top enlisted advisor at U.S. Special Operations Command in 1990. While on active-duty, he was revered as a “Bullfrog” — a term for the longest-continually serving SEAL.

“Being a SEAL is one of the best things in the Navy,” Boesch said in an interview with the Navy's All Hands Magazine in 1987. “I obviously like what I'm doing or I wouldn't have stayed in so long. If I got out I couldn't duplicate what I've got now. It's an exciting life. When you get up in the morning, you don't know whether you'll soon be finding yourself 30 feet underwater or 10,000 feet in the air. That's what I like about it. There's something different every day.”

Boesch ended up on Survivor after answering a casting ad in the local newspaper, Newsmax reported. Though he lost, he developed an alliance with fellow contestant (and Army veteran) Richard Hatch, who on Saturday praised him as a friend on Twitter: “Ours was an interesting bond, Dear Rudy! You and I helped open minds and undermine prejudices. While your time here has passed, you will remain loved and iconic, dear friend!”