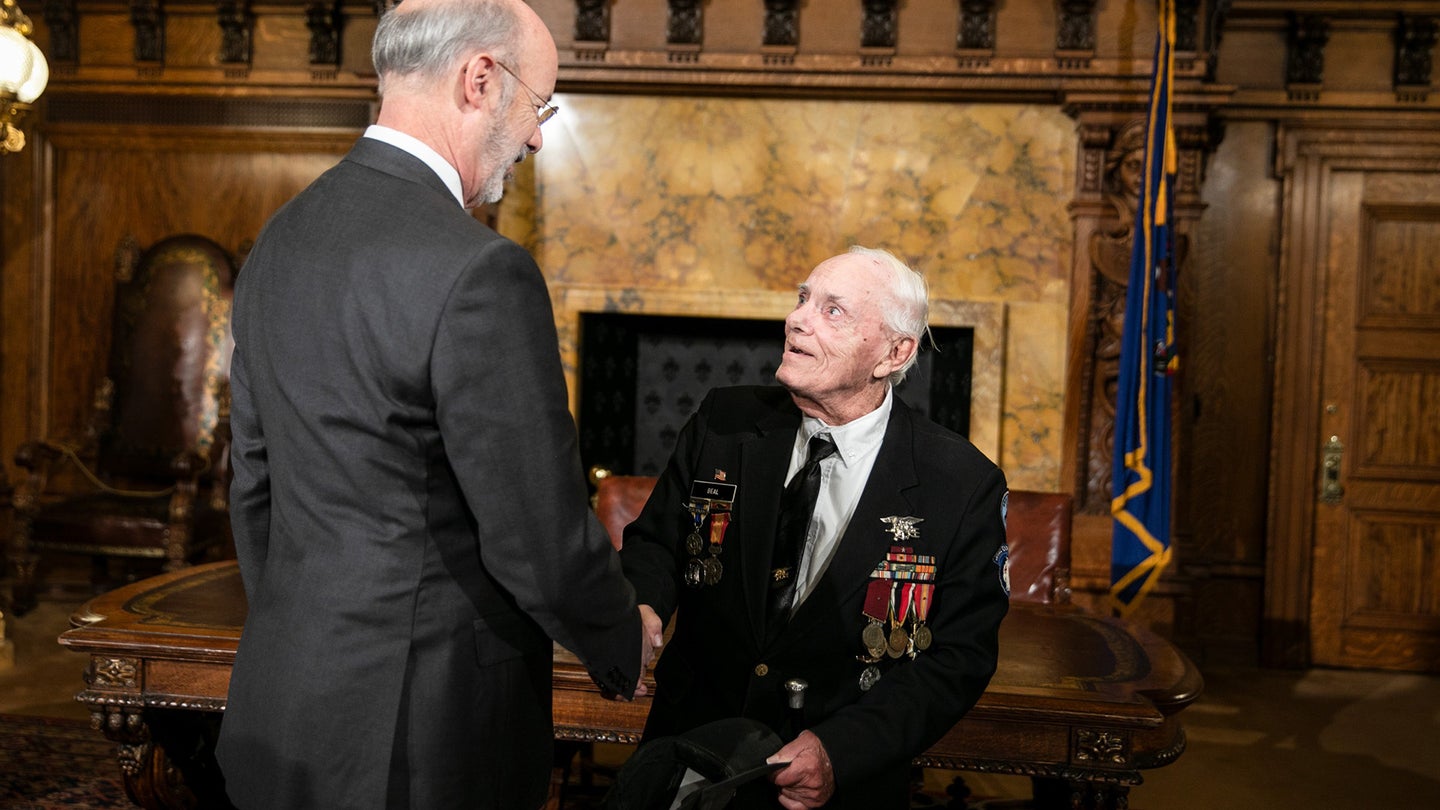 Harry Beal, one of the first sailors to volunteer for a modern-era Navy SEAL team, died late last month at the age of 90, according to his online obituary posted at Legacy.com.

Originally from Meyersdale, Pennsylvania, Beal joined the Navy in 1948 and served as a SEAL from 1962 until 1968, according to the Associated Press.

During his career as a special operator, he was part of a team that retrieved astronaut John Glenn after his space capsule touched down in the ocean following the Mercury-Atlas 6 space mission in February 1962.

“The Force Master Chief and I were saddened to learn of our teammate Harry Beal’s passing,” Howard said. “Naval Special Warfare’s thoughts and prayers are with his family, friends and community as they celebrate his life. Our force stands on the shoulders of the Underwater Demolition Team, Scouts and Raiders, and Naval Combat Demolition Unit service members.”

Beal’s son Mack recalled that the early astronauts would work with SEAL teams to learn how to use breathing apparatuses, but his father never asked to have his picture taken with any of the famous people he met. To Harry Beal, that was all part of the job.

“He actually said: “When [John] Glenn and the other guys came to us, we didn’t think the program was going to work,’” Mack Beal told Task & Purpose. “He said, ‘We figured they’d get into that rocket; they’d light it off, and that would be the end of the program because it would blow up.’”

His parents later calculated that Beal was deployed for more than seven years of his 20-year Navy career, said Mack Beal, who lives in his about two miles from his late father’s home in Meyersdale.

As a SEAL, the elder Beal went to Vietnam, where he recruited and trained South Vietnamese special operations forces, Mack Beal said, adding that his father given the simulated rank of lieutenant because the South Vietnamese officers he was working with refused to listen to enlisted U.S. troops.

His father never spoke much about his wartime missions, which included working with the CIA, Mack Beal said.

A picture of Beal tweeted by the U.S. Naval Institute shows him holding a dead shark by the tail with one hand and a spear gun in the other.

Mack Beal explained that his father served with an Underwater Demolition Team, he was required to kill a shark as an initiation.

“He used to always tell everybody. He said, ‘The shark was as afraid of me as I was of him; it probably wouldn’t have hurt anybody;’ but he said, ‘I got my shark,’” Mack Beal said.

In February 2020, Pennsylvania state officials honored Beal by naming a bridge in his native Meyersdale after him.

While Beal was one of the first members of the formal Navy SEAL Teams that were formed on Jan. 1, 1962, the history of U.S. Navy SEAL operations of the modern era’ dates back to World War II, said Erick Simmel, a historian expert on the Office of Strategic Services’ Maritime Unit Operational Swimmers.

During the war, the Office of Strategic Services — the CIA’s predecessor — was led by Army Col. William “Wild Bill” Donovan, a Medal of Honor recipient who would later be promoted to major general, Simmel told Task & Purpose.

In the late 1930’s Donovan had been introduced to a unique group of American watermen from Santa Monica, California, who would go on to make up the Navy’s first Underwater Demolition Teams.

These men and others whom Donovan helped to select were trained by Marine Raiders to become frogmen, fighting in every theater during World War II, he said. These combat swimmers were the first American commandos who could carry out both direct action and unconventional warfare missions from the land, air, or sea.

“Harry Beal and his fellow SEAL Team TWO plankowners set the standard that we strive to uphold – a standard for courage, grit, humility, integrity, discipline and accountability,” Howard said on Thursday. “It is our obligation to be stewards of their legacy of service to the nation.”