In June 2015, former Navy SEAL Chris Ring set out to become the first American to swim the entire length... 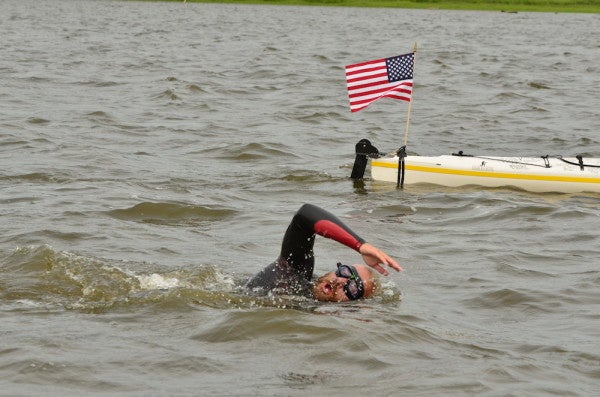 In June 2015, former Navy SEAL Chris Ring set out to become the first American to swim the entire length of the Mississippi River.

His goal was not only to complete the grueling swim, but also to partner with a group called Legacies Alive to honor those who died in combat and their families.

“The most important thing right when I crossed , I looked over to where the boat was carrying all these Gold Star families and seeing them just so happy and together was the best experience,” Ring said on CBS This Morning.

The 28-year-old veteran who served in Iraq and Afghanistan began the endeavor at Lake Itasca, Minnesota, on June 6, the anniversary of the Normandy landings in 1944, and swam 15 miles a day to reach the Gulf of Mexico on Dec. 4.

Even though he had to swim through thunderstorms and a shoulder injury, he never considered quitting.

He swam with a support team in a kayak, and Gold Star families along the way would greet him as he stayed in towns and cities along the trip.

“Every time I've had the opportunity to meet a family, it hits home more and more, and it makes me more steadfast and more dedicated to this cause every single day,” Ring told the Clarion-Ledger.

Ring will be honored for his effort at the Dec. 12 Army–Navy football game.