Millennials have gotten a bad rap for a little while now. Many military personnel and civilians alike rant in person... 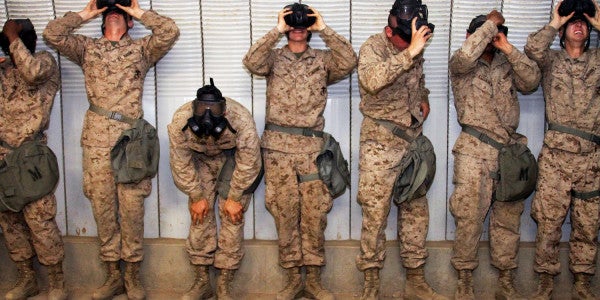 Millennials have gotten a bad rap for a little while now. Many military personnel and civilians alike rant in person and online about how millennials are lazy and entitled. While those disparaging remarks may or may not have merit outside the military, those millennials in the military have nothing to be ashamed of. While millennials may be different from those who preceded them, they are equals to any of their forebears.

The Army Times recently opened an article about millennials with the line, “Are so-called ‘millennials,’ born in 1980 or later — soft?” Based on the active-duty personnel the Times interviewed, a substantial number believe the answer is “yes.” Apparently they’re so different that they even need an operator’s guide. Much like articles in men’s magazines trying to figure out the mystery behind women, the suggestions often come down to “treat them like people.”

A little perspective is in order. Elder troops have been criticizing their juniors since the days of the Roman legions. That has never, and will never, change. The regular troops who served in the peacetime interwar years of the 1920s and 1930s looked down at the draftees as they flowed in during World War II. The World War II and Korean War vets looked down on the Vietnam generation, and so on.

Meanwhile, today’s troops rightly look back on their forebears with respect, but just as with any nostalgia, they see only the good while forgetting the bad. For example, during World War II, the desertion problem was so bad that MPs even had firefights with the deserter GIs who ran black markets in France. That’s not said to impugn the service of those who came before, but to make clear the fact that every generation, even the mythologized “Greatest Generation,” had its shortcomings and challenges.

When I, a Generation Xer, came on active duty in 1995, there was the potential for service in combat, but it was far from a certain thing. The only major combat operation from the end of the Vietnam War until Sept. 11, 2001 was the exceptionally short first Gulf War, the veterans of which are now almost gone from active duty. Few of my peers saw any combat or major contingency operations until after 9/11.

Today’s military came of age during the conflicts in Afghanistan, Iraq, and a dozen smaller battlegrounds in the “Global War on Terror,” or whatever the blanket term du jour is. All of those started after Sept. 11, 2001. The vast majority of the U.S. military’s collective combat experience has come since 9/11, and millennials have been serving on the front lines that whole time.

Almost all millennials in the military joined after 2001. Service in combat theater was a certainty for them, yet they joined anyway. Even the younger millennials, those who don't even remember 9/11, joined even though they’ve never known a military not at war. That’s the distinguishing characteristic of this generation.

Those enlistees of 2001 are the staff noncommissioned officers of today. The boot lieutenants are now senior majors and new lieutenant colonels. Yes, that means your commanding officer might be a millennial.

People still complain about the quality of millennials, even though recruits’ education and ASVAB scores have steadily improved since the volunteer force was established over 40 years ago.

While physical fitness of new recruits may indeed leave something to be desired, that seems a small price to pay for a smart, dedicated force that joined with the intention of serving in battle. Physical fitness can be fixed with a few extra runs led by their Generation X superiors, but you can’t fix stupid, and you can't make someone volunteer for service in a military at war.

If you want to poke fun at the millennial misspelling your name at Starbucks or sputtering juvenile silliness at a political rally, have at it. But your brothers and sisters-at-arms? They took the oath, just as you did, and are pulling their load in the longest sustained period of combat in American history. They might not be the Greatest Generation, but they are a great generation.