10 Things We Need To Understand About Military Millennials

Editor’s Note: This article by Christopher Manganaro originally appeared on The Military Leader, a blog by Drew Steadman that provides... 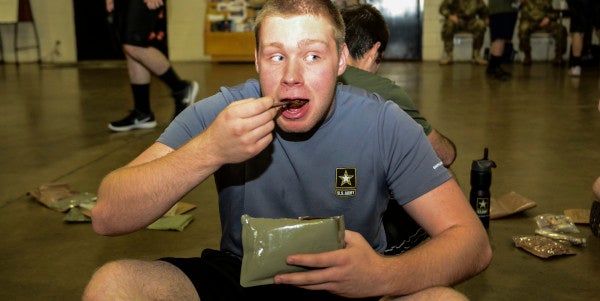 Editor’s Note: This article by Christopher Manganaro originally appeared on The Military Leader, a blog by Drew Steadman that provides leader development resources and insight for leaders of all professions.

Millennials have received a bad rap. The press and others believe millennials want something for nothing and have no work ethic. This myth has led many to believe that they cannot take criticism or lack the intestinal fortitude to serve in the Army. Like many generations before them, each have come with their own quirks and nuances. The Army magnifies these quirks, and unless properly identified and actioned, we risk dismissing the very leaders we are training to replace us one day.

Related: Why Are So Few Millennials Willing To Join The Military? »

The actual timeframe for when the millennial generation is widely debated and by no means standardized. Most things associated with millennials will not conform to a standard and that is okay. Just because they don’t think or act like you is no reason to shove them into a corner or push them out of the Army. As an all-volunteer Army fighting the longest wars to date in Afghanistan and Iraq, we cannot afford to dismiss an entire generation of leaders because they don’t think like us.

Here are 10 characteristics of military millennials that leaders need to understand as they engage and lead them:

The most misunderstood characteristic of millennials is the question they commonly ask, “Why?” The word why can cause Generation X leaders to leap out of their chairs and harken back to the days when you didn’t ask that question and just did as you were told.

The military millennial is not trying to sound disrespectful, but rather gain a deeper understanding by discovering the root cause for the action. And not everything has to come with a “Why?”

Taking a hill, returning fire against an enemy ambush, are both examples of actions that don’t require subordinate buy-in and discussion. The problem arises when leaders treat every action as a “take the hill” moment and don’t allow the millennial junior leader the ability to provide their input or inquire why the specific action needs to be done a certain way. Remember, these leaders grew up in the counterinsurgency conflicts of Iraq and Afghanistan and a simple action like “disarm the local militia” is extremely complex and requires constructive thinking. Asking “Why?” aides them in building their approach.

Generation Xers can shorten the gap between themselves and the millennials through an enhanced leader development program. Ditch the slide presentations and Gettysburg “staff rides” in favor of watching TED Talks, blog reading and publishing, and most importantly, sharing meals and experiences together. Here are some more ideas.

Millennials are well connected and grew up with technology. They thrive on using tools and resources they can access from their computers and smart phones. They also yearn to be brought out of their “comfort zone” through personal engagement sessions that break the barriers between generations.

Millennials are the future of the Army. Their characteristics make them who they are, and also shape the decisions and career paths they take. Stop defaulting to “let me tell you how the Army was before 9/11” or even worse “we need to go back to basics.” You will only alienate the generation that will one day replace you.