We Preach Subordinate Empowerment, So Why Don’t We Practice It?

You hardly go a day without reading a journal entry or a blog post about the Army’s leadership philosophy: “mission... 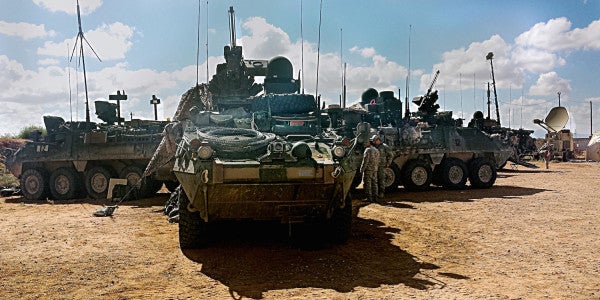 You hardly go a day without reading a journal entry or a blog post about the Army’s leadership philosophy: “mission command.” We all get the gist — clear commander’s intent, short mission orders, empowering subordinates. Junior leaders like the philosophy because it keeps commanders from meddling in their business. Senior leaders like it because it frees them to focus on more important issues.

But if it’s so popular, why don’t we practice it?

Army leaders claim they practice mission command. But get them behind closed doors, and you’ll hear complaints about rampant micromanagement — even from the most senior leaders.

The truth is that mission command runs counter to several historical trends, dating back decades. First, the pernicious use of information technology has whittled away at the foundations of mission command. Second, modern commanders operate with far less autonomy and decision-making authority than they had in the past. Finally, military culture has become far less tolerant of mistakes.

IT killed principles of mission command.

Every improvement in information technology leads to greater centralized control and more micromanagement — a trend dating back over a century and a half, according to an Air War College research paper published in 1996.

Since the invention of the telegraph in the mid-19th century, leaders have found it tempting to meddle in the affairs of subordinates from afar. One Prussian general even referred to the phenomenon as a “telegraph wire attached to his back.”

It’s only gotten worse since then. During World War II, many company commanders joined their subordinate platoons on patrol for no other reason than to not have to listen to their superiors’ incessant demands on the radio.

Fast forward to the iPhone generation, the highest general can ask questions of the lowest private instantaneously, thanks to email and text messaging. Leaders can — and do — use sophisticated drones to check for uniform infractions or position individual troops from thousands of miles away.

Worse yet, thanks to modern technology, well-meaning commanders and staffs can convey their intent by drowning their subordinates with PowerPoint slides, daily fragmentary orders, and emails. The operations order that launched tens of thousands of men onto Normandy Beach — nearly 12 pages — would barely suffice for picking up pine cones on Sicily Drop Zone during Operation Clean Sweep, or ordering a value meal at the Fort Drum Burger King.

The phenomenon doesn’t just work from the top down. Subordinates no longer hesitate to ask for further instructions, guidance, and clarification from commanders, thanks to over-the-horizon text messaging devices installed in nearly every vehicle and aircraft in the Army’s inventory. Sometimes, the best leadership involves turning off the radios, Blue Force Trackers, and smartphones and letting subordinates solve their own problems.

Micromanagement via email isn’t just limited to the military, either. A study from Harvard Business School found that over a 20-year period, managers have become far more involved in the day-to-day business of their organizations — in short, micromanaging them. Not coincidentally, that 20-year period, 1986–2006, generally coincides with the introduction of computers into the workforce.

A second disturbing trend that runs counter to the Army’s mission command philosophy is the fact that commanders have far less autonomy than they used to.

A battalion commander today has, in many ways, the same decision-making authority he or she had as a lieutenant 20 years ago, often approving the same missions they once had the ability to approve as a platoon leader. Over the past few decades, senior Army leaders have plucked away the decision-making authority from junior leaders in the name of safety. Though our Army is undoubtedly much safer than in years past, the culture of risk-aversion has a price: stagnant leader development.

Even captains feel the pain, too, as their autonomy to plan their own training events has been eroded by centrally planned and mandated training events. Army leaders have plenty of commander’s intent; they just have zero latitude to think, experiment, and plan for themselves — the only way they’ll learn to become strong, effective, and adaptable Army leaders.

No room to fail.

Finally, the Army as an institution, has become far less tolerant of mistakes. In many ways, this is for the better, though there are consequences for the mission command philosophy.

Thanks to the modern information cycle, commanders are much more accountable for mistakes than in the past. Errors which may have once gone unnoticed in previous eras, such as civilian casualties or unprofessional behavior, suddenly take on much greater strategic importance. Not to mention, the sheer destructive power of modern war often mandates centralized control, as in the case of the nuclear community.

But while it’s admirable that we have strove to eliminate mistakes, we must realize that it comes at the expense of developing subordinates, as the mission command philosophy dictates.

Most Army leaders will acknowledge that mission command has its limits. One Army officer in Afghanistan observed that the sheer complexity of modern war forced commanders to be “more directive and lockstep in planning and orders development.” In the eyes of many Army leaders, short “mission orders” may have worked during World War II, but the reality of modern war appears to dictate something entirely different.

If past is prologue, centralized planning and micromanagement appear to be here to stay.