Retired Generals Don’t Have Much Say In Politics Anymore

If we are to believe the current suite of Washington rumors (and the attendant journalism), the presumptive nominees of both... 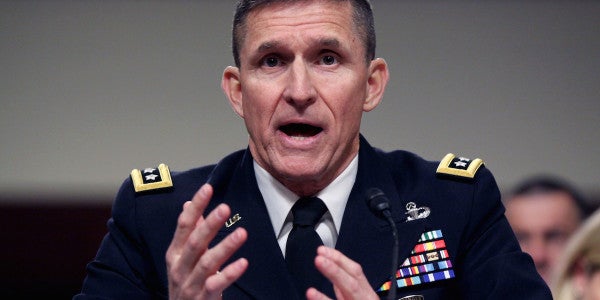 The conspicuous presence of retired general and flag officers inevitably provokes a question: how much influence should they have on American politics? If considered in the context of American history, today’s retired generals have far less direct influence — or direct control — than in previous eras. However, that does not mean they don’t wield influence in other ways.

Related: The Long History Of Presidential Scandal And US Politics »

The U.S. military is formally subordinate to its civilian leadership; the stated necessity for this dates back to the Federalist Papers and the ratification of the U.S. Constitution. However, the political separation between military commanders and civilian leaders is a creation of 20th century politics. Tactical commands once served as political spoils: During the Civil War, numerous battlefield commanders received their commands as political appointees — much to the chagrin of professional soldiers. In a 1991 article for the New York Review of Books, historian James M. McPherson quoted Union Army Chief of Staff Henry Halleck on this topic: “It seems but little better than murder to give important commands to such men as Banks, Butler, McClernand, Sigel, and Lew Wallace, yet it seems impossible to prevent it.”

Successful generalship was a gateway to political influence — by way of elected office. Of the most successful Civil War generals, some even managed to parlay their leadership into the Oval Office itself. Of all the presidents serving between 1865 and 1901, only one — Grover Cleveland — was not a general officer (Cleveland actually opted not to serve at all, paying a Polish immigrant $150 to take his spot). However, since the dawn of the 20th century, only one general officer has since served as president: Gen. Dwight Eisenhower, who left office in 1961. In the intervening 55 years, only one general officer has even mounted a serious presidential campaign: U.S. Army Gen. Wesley Clark, who won the 2004 Oklahoma Democratic Primary, but dropped out in the face of then-Sen. John Kerry’s delegate lead.

Nor have there been many retired generals as candidates for vice president, either: The last instance of significance was U.S. Air Force Gen. Curtis LeMay, famous for prosecuting the air war in the Pacific Theater of World War II. LeMay was the vice presidential candidate for then-Alabama Gov. George Wallace in 1968. Though popular in the Deep South, their campaign’s lasting impact owes more to Wallace’s incendiary rhetoric and race politics. They didn’t win office; they didn’t even come close.

But, this is not to suggest that general officers can’t wield political influence; this influence just doesn’t manifest itself as the occupation of an elected political office. Some general officers serve in cabinet positions — reference Gen. Colin Powell’s 2001–2005 term as secretary of State, or Gen. Eric Shinseki’s 2009–2014 term as the secretary of Veterans Affairs — but many others shape policy in less visible capacities. General officers work for defense policy think tanks, advise active duty units as “greybeard” mentors, and — perhaps above all — consult for defense contractors.

Recent reports have shown that well over half of retired general officers take jobs as consultants or advisors to defense firms. A 2010 Boston Globe investigation revealed that, from 2004 through 2008, 80% of general officers entering retirement took jobs at defense contractors. Their expertise and brand name recognition is valuable indeed to corporations that do business with the Pentagon. In fact, this kind of instant, lucrative career progression has become so common as to warrant parody in the Duffel Blog, who lampooned the trend in a 2013 article entitled “General Worried About Finding Job As Lobbyist, Defense Consultant After Retirement.”

This is, of course, a different method of weighing in. These are all paid positions that involve U.S. policy, be it defense acquisitions or training events devoted to military readiness. Through think tank research, retired generals like Jack Keane put forth data and analysis that shape policy decisions — and in Keane’s particular case, this research and related TV appearances often involve calls for more troop deployments to the Middle East. The data produced drives journalism and commentary, and the same numbers cited by reporters filter into advice issued to elected leaders. Through defense acquisitions, retired generals influence the equipment and materiel that future military units will employ. Throughout this process, they receive attractive salaries and opportunities for continued influence.

However, regardless of how retired generals opine upon or affect American defense policy, the United States has managed to maintain civilian transfer of power between political parties — which owes no small debt to a military subordinate to civilian leaders. Whatever the greybeard retired generals say or do in their own capacities as private citizens, the current active-duty generals (and all the forces that they command) obey civilian leadership and policy. Whether it’s a combatant commander or a brand-new private, there is no room for a subjective or partisan interpretation of policy. One has only to look at the ignominious end of Gen. Douglas MacArthur to understand where to draw the line.

MacArthur was unquestionably a hero when he sent provocative letters to President Truman’s political rivals in an attempt to expand the Korean War into a larger conflict with China. Despite MacArthur’s enormous popularity, Truman fired him.

Truman later described it as such: “I fired him because he wouldn’t respect the authority of the President. That’s the answer to that. I didn’t fire him because he was a dumb son of a bitch, although he was, but that’s not against the laws for generals. If it was, half to three-quarters of them would be in jail.”

This may be the most salient point to consider.