Though every president since Harry S. Truman has designed a National Security Council to his liking, no one has ever... 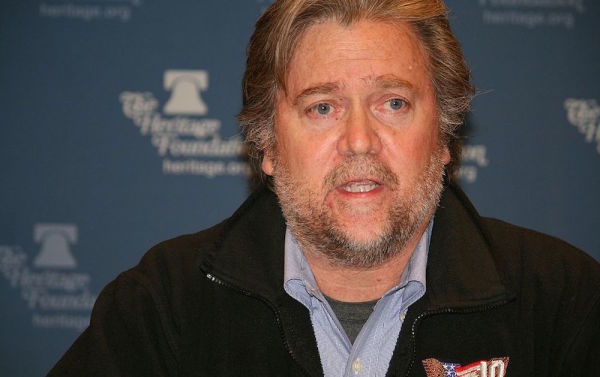 Though every president since Harry S. Truman has designed a National Security Council to his liking, no one has ever included a seat for a political advisor, that is until Donald Trump.

On Jan. 29, Trump made the move, in the form of an executive order, for chief strategist Steve Bannon to serve on the “principals committee” of the National Security Council — a seat normally reserved for a military general.

His role there will be to ensure that Trump’s campaign promises are considered when ruling on issues of national security, according to Leon Panetta, former White House chief of staff and secretary of Defense.

“The last place you want to put somebody who worries about politics is in a room where they’re talking about national security,” Panetta told the New York Times.

The inclusion of Bannon brings politics into the situation room in a completely unprecedented way. For instance, David Axelrod, whose role in Barack Obama’s administration was similar to Bannon’s, never sat in on principals meetings.

What’s more is that this decision poses an ethical conundrum: Will politics prove more important than the lives of men and women in uniform?

In addition, he downgraded the roles of the chairman of the Joint Chiefs of Staff and the director of national intelligence. They will now only be called to attend certain meetings.

Obama’s former national security advisor Susan Rice tweeted over the weekend that his decision to alter to the National Security Council in this way is “stone cold crazy.”

This is stone cold crazy. After a week of crazy. Who needs military advice or intell to make policy on ISIL, Syria, Afghanistan, DPRK? https://t.co/Mmyc139w3M

It appears that the decision to elevate Bannon stems from Trump’s disappointment with his own national security advisor, retired Army Lt. Gen. Mike Flynn.

“People close to Mr. Bannon said he is not accumulating power for power’s sake, but is instead helping to fill a staff leadership vacuum created, in part, by Mr. Flynn’s stumbling performance as national security adviser,” reported the New York Times.