Real Leaders Don’t Motivate Their Troops By Being Angry

Editor’s Note: This article originally appeared on The Military Leader, a blog by Drew Steadman that provides leader development resources... 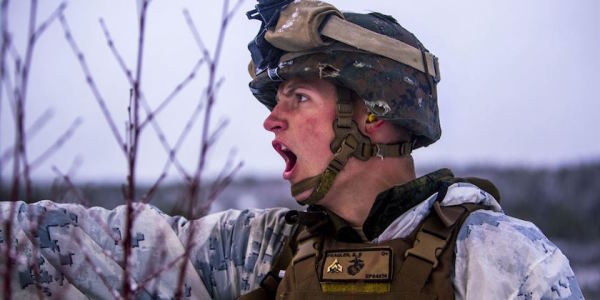 The best leaders don’t use anger as a leadership tool. Anger is not a mandatory component of leadership because there are countless examples of successful leaders who never get angry. Yet, we can think of many leaders whose anger has compromised their effectiveness. The question is: what does anger get you? And then at what cost?

The Downside of Leading with Anger

The 7th Habit in Marshall Goldsmith’s “Twenty Habits That Hold You Back From The Top” is “Speaking when angry.” He says that anger does have some value for spurring change, but the cost to followers far exceeds that value. “Emotional volatility is not the most reliable leadership tool. When you get angry, you are usually out of control. It’s hard to lead people when you’ve lost control.”

You also have no idea how other people will react to it. It may make you feel better but everyone else just feels worse. It may energize the team for a short time, but not for the long haul. Goldsmith adds, “It’s very hard to predict how people will react to anger. They will shut down as often as they will perk up.”

Related: ‘Action Man’ Or ‘Planning Man’: Know Your Role At Every Level Of Command »

Getting angry once or twice is recoverable (with an apology). But it doesn’t take much to become branded as an angry leader, a reputation that tends to precede every duty station you arrive at and prepend every interaction that people have with you. Followers and bosses alike will judge you on that reputation. In fact, I’ve seen people go out of their way to warn colleagues that their new boss “has a temper.”

Special Vulnerability for The Military Leader

For instance…you pulled an all-nighter writing the operations order, so naturally you’re irritable. You missed breakfast after PT and with glucose depleted, you lash out at the first subordinate who makes a mistake. You spend seven exhausting days in the field and your spouse has a “honey do” list waiting for you at the house, prompting you to energetically tell her you deserve a break.

But that’s no excuse.

It’s okay to feel anger…it’s not okay to lead with it. Anger runs counter to every positive effect that military leaders should try to create in their teams. Initiative, confidence, cohesion, and commitment, are all impacted by a culture of anger. An angry leader will stifle creativity, the very element needed to solve complex organizational and operational problems. Followers are hesitant to bring their problems and challenges to an angry leader, a key sign of a trusting relationship. Whether it’s a permanent personality trait or an “every once in a while” outburst…anger isn’t worth it.

So, you need to avoid leading when you’re angry. You need to find out if anger is a behavior you display publicly, figure out how to detect it, and then emplace controls to prevent or redirect your anger when it arises. Here are some ideas:

I want to close with a caveat. I am fully aware that plenty of military moments require yelling. (The energetic soldier in the above photo clearly isn’t in a meeting.) In combat and in training, leaders need to quickly get their followers’ attention and give direction, or people die. But I want to offer that leaders can do so without a constant tone of anger. It’s the difference between motivating and degrading. Spend some time thinking about the difference and determining how it comes through in your leadership behavior.

This article, “Speaking When Angry (Habit Series #7)”, originally appeared on The Military Leader.