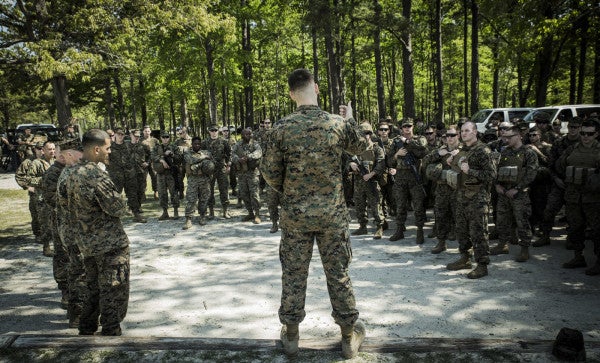 After several aviation mishaps in just a few weeks, the Marine Corps’ deputy commandant for aviation, Lt. Gen. Jon Davis, mandated that Marine squadrons take an “operational pause” to refocus on safety. This isn’t an unprecedented thing. It is a “safety standdown” by another name. Military organizations in general, and aviation in particular, have been enjoying safety standdowns, both planned and unplanned, for many years.

While undoubtedly well-intentioned, this operational pause, like most others, is window dressing. It is the appearance of doing something in place of actually doing something. This is a common problem when organizations have, well, problems. No one has a good answer for the problem, at least not one anyone wants to hear, so since the organization’s leadership has to look as if it’s doing something, it does something purely for public consumption.

For the uninitiated, a safety standdown, or “safety standaround,” is a strange place where a few hundred Marines, sailors, soldiers, and/or airmen sit around and listen to people talk about “safety.” Sometimes they talk about the actual jobs their audiences perform. In aviation, someone might talk to mechanics about “tool control,” i.e. “don’t leave a wrench in the engine intake.” Pilots might hear from a weather forecaster, telling them that “thunderstorms are scary.”

Other times they’re a little more generalized. Some audiences might get a procession of what I call “The Village People,” but instead of bringing us fabulous disco hits, they bring us stale cliches. A policeman comes in to tell troops to not drink and drive. A fireman tells them to not link a dozen sets of Christmas lights together. A biker tells them to wear protective equipment, perhaps a leather jacket and chaps.

Some commands just use the extra time to knock out all of their annual training requirements. It may say “safety,” but that’s no reason that information security, equal opportunity, and absentee voting can’t get their time to shine.

Some commands even think “outside the box” and have discussion groups to identify shortfalls in their commands and identify best practices. As hard as they try, though, they seldom accomplish more than making eight hours in a room slightly more tolerable.

I have to admit my complicity in all this. When I was in charge of my command’s safety programs, I tried to make my safety standdowns as interesting as possible, with elaborate scenarios in the simulator for the pilots and small group discussions for mechanics, but even I was forced to admit that there’s only so far that one can take the safety standaround format. You can’t spin gold out of straw after all.

Some deny the importance of safety training. Safety training is actually just as important as tactical training. By way of example, for our enemies, shooting down a warplane is damn hard. Even a crappy SA-7 costs real money. Waiting for ill-trained aircrews to crash on their own is free. Non-combat casualties still account for a disproportionate share of the fallen, both at home and abroad.

But the real answer lies in more training. Actual training. Not PowerPoints and guest speakers. That's true for tasks both on and off the job. It's realistic combat training as well as things like motorcycle training. More training means more money. That’s something the military is short of. Safety isn’t a class, it’s a habit. Habits are formed by experience, not by a one-day “reset.”

Safety isn’t something one gets from a few hours in an auditorium. It’s the product of hundreds of hours of realistic training. Unless the military can give its people that, all the safety standarounds in the world will only serve to make good press releases.