Woman Allegedly Shoots Boyfriend In The Junk, Among Numerous Other Places

A Scottsdale, Arizona woman shot her live-in boyfriend in the penis Saturday, according to police. Also six other places, but... 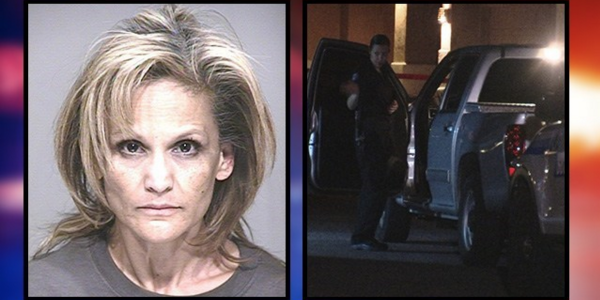 A Scottsdale, Arizona woman shot her live-in boyfriend in the penis Saturday, according to police. Also six other places, but dude, wang bullet hole. Also involved: a mysterious Victoria’s Secret bag; fireworks; a very, very deep sleep; and a police arrest report that is a florid masterpiece of the genre.

Delia Flores, 53, faces charges of attempted murder and aggravated assault for the attack on her boyfriend of two years, who wasn’t named in the police report or local news. She’d told emergency dispatchers she wasn’t sure who had shot him. But when police arrived, she “told officers that she had shot her boyfriend after learning that he had been having an affair.”

According to the officers’ vivid report, Flores’ beau “had been sleeping when the shooting occurred” and “was initially awoken by what he believed was fireworks, before he felt excruciating pain in his lower extremities and realizing he was shot.”

The man apparently didn’t know what had happened or who had done it, but he had seven gunshot wounds: two in the neck, one in the back, one in a thigh, two in his scrotum, and one directly in his sexual organ. Amazingly, he was lucid and none of the wounds were life-threatening.

Related: In Next Year, Surgeons Hope To Repair Genital Injuries With Transplants»

A quick search recovered several .32 caliber bullet casings as well as an unfired round and, under the chair where the man was shot in his baby-arm, a .32 caliber handgun. The victim told officers he owned three pistols, but they were all 9mm handguns, and “he did not believe the defendant owned a gun, or that she knew how to use one.”

The victim told police that “he had never had an affair and that he did not know why the defendant would shoot him.” Which could make him the most honest man in the world, but he also thought fireworks had shot him in the dick, so a grain of salt is probably advisable.