In Next Year, Surgeons Hope To Repair Genital Injuries With Transplants

Within the next year, a group of surgeons at Johns Hopkins University have plans to perform the first of as... 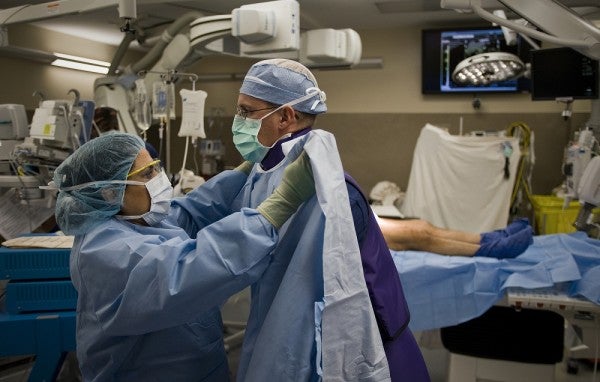 Within the next year, a group of surgeons at Johns Hopkins University have plans to perform the first of as many as 60 penis transplants to help severely wounded veterans. From 2001 to 2013, 1,367 servicemen suffered wounds to the genitals in Iraq or Afghanistan, losing all or part of the penis or testicles, in what doctors call genitourinary injuries. Almost all were under 35 and injured by improvised explosive devices reports, The New York Times.

The surgery, which is still considered experimental, will take the organ from a deceased donor once next of kin have given consent. The transplanted penis is expected to start working in a matter of months after the operation, with the patient able to develop urinary function, sensation and eventually, the ability to have sex.

“I think one would agree it is as devastating as anything that our wounded warriors suffer, for a young man to come home in his early 20s with the pelvic area completely destroyed,” said Dr. W. P. Andrew Lee, chairman of plastic and reconstructive surgery at Johns Hopkins University and one of three surgeons involved in this endeavor. The other two are Dr. Richard J. Redett and Dr. Gerald Brandacher.

Only two penis transplants have been reported in medical journals: a failed one in China in 2006 and a successful operation in South Africa last year.