In the wake of the July 17 shooting in Baton Rouge, Louisiana, that left three officers dead and three wounded,... 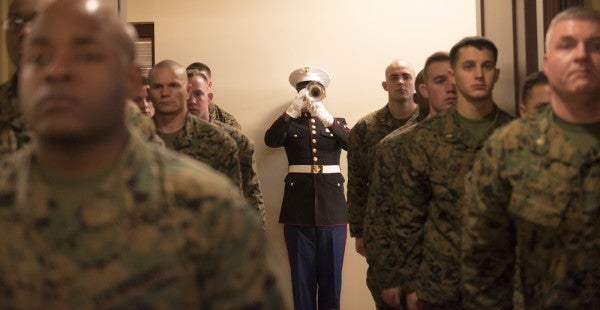 In the wake of the July 17 shooting in Baton Rouge, Louisiana, that left three officers dead and three wounded, a Marine veteran took a moment to honor the fallen officers in a familiar way: by playing Taps.

Duane LeBlanc, a former member of the Marine Corps band, performed this service numerous times before, but this time he was in his front yard, just blocks from where the shooting occurred. Taps is a military bugle call played at dusk, during flag ceremonies, and military funerals. According to The Advocate, LeBlanc, a band director at a local school, wanted to “clear his mind” and honor the slain officers after a “surreal” day.

After capturing the solemn moment, his wife posted the video to Facebook. Watch it below.