In a July 17 episode of Reply All, a podcast by Gimlet Media about how people “shape the internet,” the... 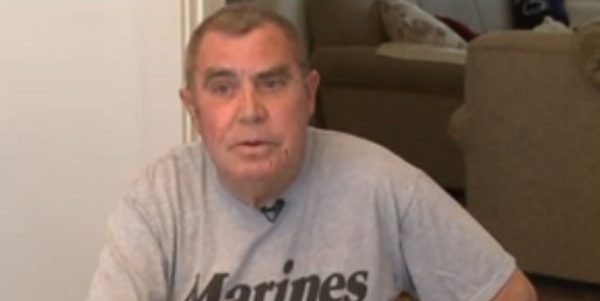 In a July 17 episode of Reply All, a podcast by Gimlet Media about how people “shape the internet,” the show’s host, PJ Vogt, took a close look at the world of military imposters and the stolen valor movement. In particular, there’s one part of Vogt’s podcast that stands out: The story of Bob Ford, a Marine veteran falsely accused of stolen valor.

Ford served in the Marines from 1958 to 1964, when he was honorably discharged. To this day, Ford’s military service remains a point of pride.

“When you get to be 75, the fact that you can just put the uniform on is a good feeling,” Ford says in the podcast. “There you are, you’re 20 years old again. This is what you wore. I really look forward to it. I enjoy that.”

Ford wears his uniform during memorial ceremonies and at funerals for other veterans, where he plays Taps.

Last year, after attending a Memorial Day wreath-laying ceremony in Harrisburg, Pennsylvania, Ford stopped at a local arts festival afterward. There, he was confronted by two men, one an Army veteran and the other a police officer who was a Marine veteran like Ford, according to The Washington Post, which reported on the incident in June 2015.

The men asked Ford where he went to boot camp and what his job was in the Marines. After he refused to answer they began hollering “stolen valor” and pointing at him as people gathered around.

They followed him for two blocks after Ford pushed through the crowd.

The altercation left such a strong impression on Ford that he hasn’t worn his uniform since. In the podcast, Ford struggles to get the words out, at times coaxed by Vogt. When Ford talks about how the accusation made him feel, his words are pained. Retelling the story is a reminder of the humiliation he faced, and a feeling of betrayal at the hands of his fellow veterans.

“It’s like they take your whole life and throw it in the trash can,” Ford says through tears.

In October 2015, Marine veteran Michael Delfin, who served in the Battle of Fallujah, was assaulted at a bar in San Diego by a service member who thought his Department of Veteran Affairs ID card was fake. Another Marine veteran, Jack Hughes, who served in Vietnam, was accosted in an airport over the Purple Heart medals he was wearing on his suit jacket.

You can listen to the Reply All’s full podcast below. Ford's interview begins at 11:14.