In Delaware, Stolen Valor Now Comes At A Heavy Price

As of Aug. 9, those seeking to benefit from impersonating a veteran or active duty military personnel in Delaware are... 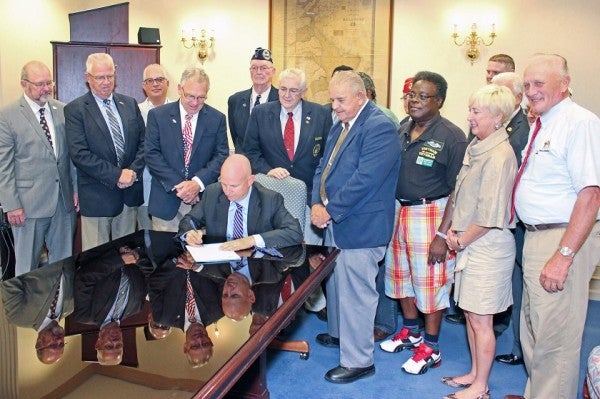 As of Aug. 9, those seeking to benefit from impersonating a veteran or active duty military personnel in Delaware are likely to pay a steep fine instead. Submitted on April 1, 2015, House Bill 80 was unanimously approved by the General Assembly and signed into law by Gov. Jack Markell earlier this month, according to the Cape Gazette.

The law takes effect immediately and expands upon previous legislation regarding criminal impersonation. Colloquially called stolen valor, the new law defines it as follows: anyone impersonating or claiming to be a service member or veteran as a means to obtain money, property, or any other tangible benefit.

Related: This Is What It’s Like To Be Falsely Accused Of Stolen Valor »

The law also applies to military veterans who attempt to benefit from embellishing the rank they received while in the service.

The crime is now a Class A misdemeanor and results in a $1,000 fine that cannot be reduced or suspended.

“I think veterans deserve all the respect we can possibly give them. This law will serve to help protect the legacy they worked so hard to create,” said Rich Collins of Delaware’s House of Representatives and one of the law’s sponsors, in an interview with the Cape Gazette.