"The medals he wore were fake." 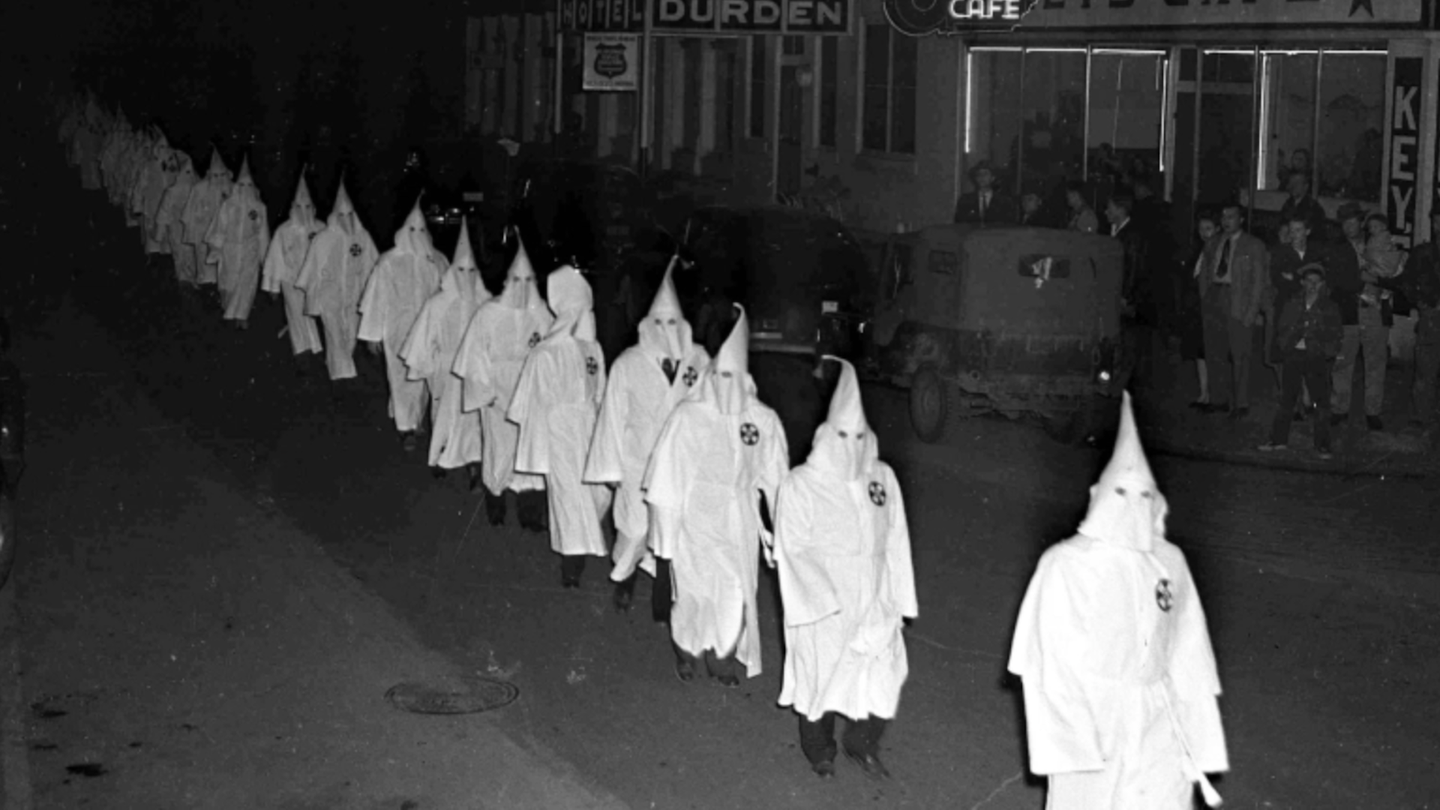 Joseph Moore, an Army veteran-turned-FBI informant, reportedly won the trust of a Ku Klux Klan cell in Florida by telling its members stories of valor overseas and how he fought with an “elite” U.S. military squad. He wore a hat “pinned with military medals, including a Purple Heart.”

There was just one problem: It was all bullshit. Moore had “never seen a battlefield and the medals he wore were fake,” according to an Associated Press report detailing how he infiltrated and exposed a KKK murder plot in Florida.

While Moore was trained as a sniper in the Army and received an honorable discharge in 2002, he used the fake stories and fake medals to impress the leaders of the white supremacist group who eventually invited Moore to join them.

Moore began his work with the FBI in 2008 after coming to their office in Gainesville, Florida, where he demanded the agents investigate a local sheriff’s office which he accused of planting drugs on his brother-in-law. An FBI agent “met with Moore, and eventually recruited him” to help with a separate investigation of another Florida Klansman suspected of planning a murder.

Moore was eventually fired during the investigation for telling his wife and her family what he was doing, according to the AP. But because of his success in infiltrating one Klan group, he was called back to assist in another investigation of the Florida Traditionalist American Knights of the Ku Klux Klan just a few years later in 2013.

When Moore met with the group’s two top leaders weeks after that in a Dollar General parking lot, he “told them that he’d killed people before, including a hit in China in 2005.” It wasn’t true, but the klansman “were impressed.”

The lies worked. Moore reportedly took a “blood oath” which swore that he would be “Klannish in all things, to accept the life of the Brotherhood of Service, to regenerate our country and to the white race and maintain the white blood and natural superiority with which God has enabled it.” He was later made the group’s “Grand Night Hawk,” putting him in charge of their security.

The murder plot Moore was told to infiltrate involved a white Florida Department of Corrections guard, Thomas Driver, and a Black inmate, Warren Williams. In August 2013, the two got into a fight inside a state prison facility because Driver kept blowing cigarette smoke at Williams, after he’d told him to stop multiple times. When Driver continued blowing smoke at Williams, Williams “jumped him” and then bit him as they fought.

Williams was beaten by a group of guards who responded “so badly that he required hospitalization,” the AP reported, while Driver had to take precautionary HIV and hepatitis C tests because of the bite. They all came back negative, but Driver was “enraged” and “wanted revenge.”

More than year later, in December 2014, the murder plot was born at a Klan meeting. Driver was discussing the incident with Williams with Moore, who had at that point had officially joined the group, and David “Sarge” Moran, another klansman who “had worked for the Florida Department of Corrections for decades,” per the AP.

Moran and Driver handed Moore a photo of Williams as Driver described the 2013 fight.

“Do you want him six feet under?” Moore asked, according to the AP. The two prison guards responded yes.

In January, Moore met with another Klan member and former prison guard, Charles Newcomb. Newcomb told Moore that Williams biting Driver was a direct “attempted murder,” and that they needed to “do our deed.”

He trusted Moore to help them with the murder because “of Moore’s professed background as an elite government assassin” — a fiction born from Moore’s stolen valor. Newcomb and Moore came up with a plan with Moran: they were going to take Williams from his home down to a nearby river and inject him with a lethal dose of insulin.

The three got into Moore’s SUV and drove to Williams’ neighborhood. What they didn’t know was that Moore’s SUV was “outfitted … with recording devices that broadcast live to agents,” and that Williams had been moved to a safe house. They’d also parked several police vehicles around the neighborhood, which “unnerved” the klansman when they arrived. They ultimately decided not to strike that day.

“I just hate that we didn’t get to achieve our goal today,” Newcomb said, per the AP.

Moore later called his FBI contact and explained what happened. “He actually loaded up a couple of insulin syringes and he was ready to grab him,” Moore said. “It’s all on the recording.”

After the failed attempt in January, Moore assured the other men that he’d finish the job himself, or “someone he contracted with” would,” according to the AP. In March, he revealed to them a photo of Williams, who appeared in the picture to be dead on the floor of his home from a gunshot wound.

The FBI staged the photo before moving Williams to the safe house. But when Moore showed the photo to Moran, Newcomb, and Driver, they responded enthusiastically. All three of them were later arrested, and Moore was “the state’s star witness” against them. Moran and Newcomb were each sentenced to 12 years after being convicted of conspiracy to commit murder; Driver pleaded guilty and was sentenced to four years.

Read the AP’s detailed report of the FBI operation, and the Florida Department of Corrections’ exposed ties to white supremacy here.