The mother of former Defense Secretary James Mattis has died 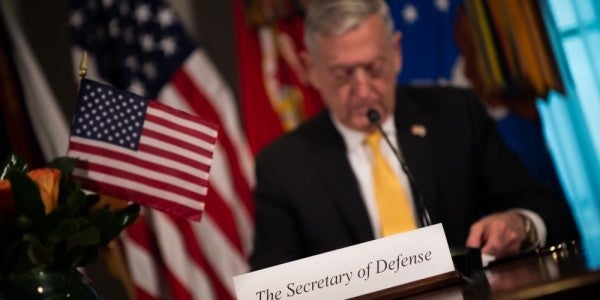 When her son, a retired Marine Corps general, was defense secretary under President Trump from January 2017 through 2018, he frequently came back to his hometown of Richland to see her.

In 1952, the Mattis family moved to Richland, where she raised three sons.

After her retirement, she volunteered with the former CHREST museum in Richland.

She was born Lucille Proulx in St. Boniface, Canada, and immigrated to the United States as a young child.

During World War II she was a civilian employee of the Army Military Intelligence Corps, and as a stenographer typed up the plans for Operation Torch, the invasion of North Africa, according to the obituary written by her family.

In 1943 she was assigned to the Office of the Military Attache in the U.S. Legation in Pretoria, South Africa.

She left New York for South Africa on a ship escorted by destroyers for protection from German submarines, according to her obituary.

On board she met her future husband, West Mattis, a Merchant Marine officer. He died in 1988.

She is survived by sons Gerald, Jim and Tom Mattis, two grandsons and a great-granddaughter.