Mattis Could Be Trump’s Defense Secretary 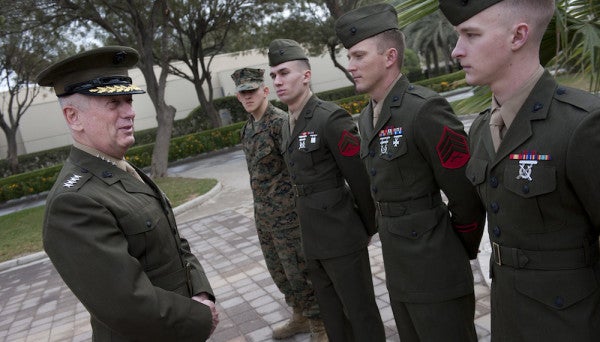 Flynn, who was recently appointed National Security Adviser, did not respond to NBC News’ request for comment. However, Trump’s deliberations will continue this weekend as he holds back-to-back meetings with potential candidates for posts in his administration at his home on his private golf course in Bedminster, New Jersey, according to Bloomberg Politics.

Rumors continue to swirl about potential candidates for a number of cabinet positions, with some proving more popular than others. But for service members and veterans, Mattis is a preferable choice for the next Defense Secretary.

In fact, earlier this year, some Conservatives even reportedly hoped to recruit Mattis, who served as the commander of U.S. Central Command, to run for president as a third-party candidate.

One issue to consider, however, is that an individual may not be appointed as Secretary of Defense within seven years after relief from active duty as a commissioned officer of a regular component of an armed force. Mattis has only been retired since 2013. Though it is possible for Congress to waive that requirement, as it did with legendary Army Gen. George Marshall in 1950.