On Monday, The Washington Post disclosed to readers that it had accidentally published Secretary of Defense James Mattis’ private cell... 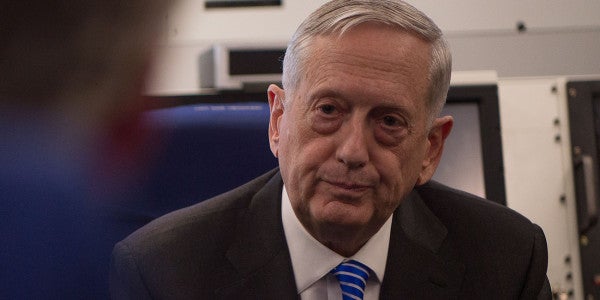 On Monday, The Washington Post disclosed to readers that it had accidentally published Secretary of Defense James Mattis’ private cell phone number in a story on Friday. Thanks to a reader with a good eye, the newspaper realized its mistake and removed the photo capturing the number.

“How irresponsible!” you might think. Mattis’ private cell phone number is highly sensitive information and probably quite valuable to our adversaries. How could the media be so stupid? How did they get it in the first place?

Well the credit for that goes to President Donald Trump’s personal bodyguard, Keith Schiller, the director of Oval Office Operations. Here’s what happened, as recounted by Post reporter Rachel Manteuffel.

On May 11, the newspaper published a story online about Schiller, the man sent to hand-deliver the letter to FBI director James Comey informing him that he was terminated. The original photo accompanying the article showed Trump and the bodyguard strolling along White House grounds, with Schiller carrying a pile of papers.

On Friday, a reader called the Post to report that in the photo was a sticky note with Mattis’ private cell phone number scrawled under “Jim, Mad Dog, Mattis.”

When Manteuffel enlarged the photo, she did indeed spot the sticky note, with some writing that may or may not have read, “Jim, Mad Dog, Mattis,” and a phone number that was legible. Still not confident it was actually Mattis’ number, she called — because why would White House security officials keep the phone numbers of the top leaders of the free world on pieces of scrap paper?

“I called. I got the voice mail. It was him,” Manteuffel wrote on Monday.

Once realizing that it had in fact really published Mattis’ number in a photo, the Post replaced it with one that didn’t reveal sensitive information.

There’s certainly an argument to make that one of the leading newspapers in the country should more diligently inspect its photos before publishing, but who would ever think that Trump's bodyguard, or any White House staff, would carry around that sort of information on a sticky note? That’s OPSEC 101.

Also, for the last time, Mattis doesn't like to be called Mad Dog, dammit.

Maybe the White House would benefit from some of those posters that cover the walls of DoD buildings reminding employees about smart security habits. Like this one:

Or this bad boy:

Or maybe something a little more hard-hitting:

CORRECTION:An earlier version of this article incorrectly referred to Schiller as a member of the Secret Service. (Updated 5/15/2017; 7:15 pm EST)