President Donald Trump has handed over authority to determine troop levels in Afghanistan to Secretary of Defense Jim Mattis, The... 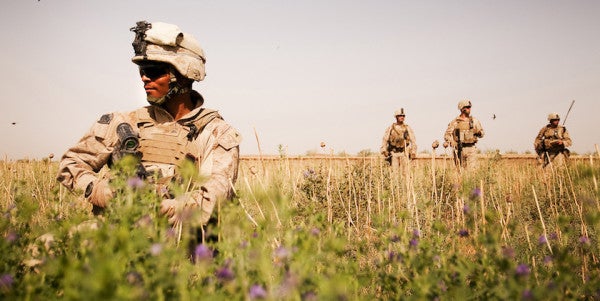 President Donald Trump has handed over authority to determine troop levels in Afghanistan to Secretary of Defense Jim Mattis, The Washington Post reports,a move that all but ensures that thousands more service members will soon deploy to a 16-year-old war that Mattis recently acknowledged the U.S. is losing.

Trump’s decision was announced on June 14, the same day Mattis delivered a blunt assessment of the war in Afghanistan to lawmakers on the Senate Armed Services Committee. “We are not winning in Afghanistan right now, and we will correct this as soon as possible,” Mattis said, promising a finalized strategy for turning the conflict around by mid-July.

There are currently 8,400 American service members and 5,000 additional NATO forces in Afghanistan. The bulk of the forces are focused on training and advising Afghan troops, while U.S. Special Operations forces are also waging a more direct campaign against a local ISIS affiliate in the country’s eastern provinces.

Gen. John Nicholson, the top U.S. commander in Afghanistan, has been pushing for increased troop levels since February, when he told the Senate Armed Services Committee that “a few thousand” more would make it possible for coalition forces to carry out airstrikes against Taliban targets and advise Afghan troops closer to the front lines. Nicholson described the war as a “stalemate.” The Trump administration is also asking NATO partners to commit more troops to the fight.

DoD and White House officials have not publicly discussed official troop numbers for the looming surge. “We have nothing to announce on troop levels,” a DoD spokesman told Task & Purpose.

But according to Mattis himself, outright military might likely won’t end the conflict. During a visit to Afghanistan in April, the secretary of defense  explained that the goal of renewed coalition efforts in the country would be to pressure the Taliban to come to the negotiating table. That was the same goal of the 2010 troop surge, which resulted in a massive spike in U.S. casualties but no peace deal with the Taliban.

Mattis seemed to reiterate his support for such a strategy in a White House cabinet meeting on June 12, stating that military leaders “are grateful for the sacrifices our people are making in order to strengthen our military so our diplomats always negotiate from a position of strength.”

The Taliban has spread across Afghanistan since the NATO combat mission there officially ended in December 2014, seizing key towns and provinces that were once under coalition control and inflicting massive casualties on Afghan national forces, which are now struggling to entice new recruits to their ranks. Afghan forces suffered more than 15,000 casualties, including more than 5,000 dead, in the first eight months of 2016, according to the Washington Post.

The civilian population has also suffered profoundly as a result of failing security in Afghanistan. 3,000 Afghans were killed in 2016. That’s the highest death toll for civilians since at least 2009, when the United Nations began tracking casualty numbers.

Trump appears to be opting for a mostly hands-off approach in his role as commander-in-chief. The president recently gave Mattis similar authority to determine troop levels in Iraq and Syria, where the U.S. military and its allies are fighting a protracted war to degrade and destroy ISIS, and has also relaxed constraints on Special Operations forces operating in Somalia and Yemen, according to The New York Times.

The president has been notably reticent on the worsening situation in Afghanistan since taking office in January, a fact that Sen. John McCain, Republican of Arizona and the committee’s chairman, alluded to in the hearing. “We’re now six months into this administration,” he said. “We still haven’t got a strategy for Afghanistan. It makes it hard for us to support you when we don’t have a strategy.”

Mattis responded by saying that “actions being taken to make certain that we don’t pay a price for the delay,” which, as the Times noted, may suggest that troops will begin deploying before the strategy is finalized.

“The Taliban had a good year last year, and they’re trying to have a good one this year,” Mattis said. “Right now, I believe the enemy is surging.”