An Army vet was told she never served. Her viral response was the ultimate mic drop

"[M]aybe you should think things through before you speak." 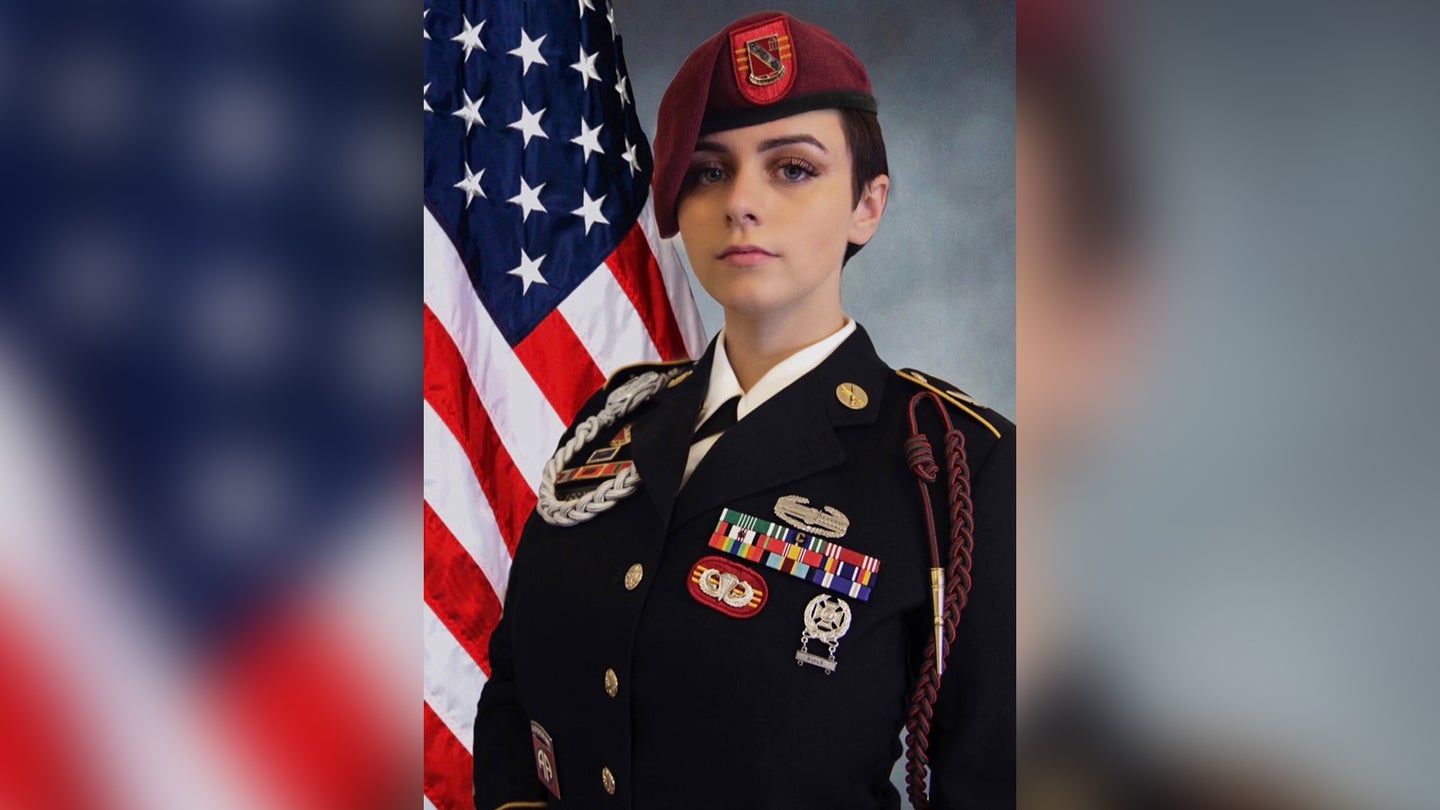 An Army veteran named Emery recently provided a case study in how female veterans online should respond to sexist trolls who make assumptions about their service.

On July 16, the streamer and model who previously served with the 82nd Airborne Division and goes by EmeryEXP online was getting criticized by a YouTuber who was up in arms over a comment she made that “full time content creation is more exhausting” than the military some days.

The YouTuber, Tommy C, said on his YouTube channel later that Emery’s tweet “pissed me off the whole night.” He responded to the tweet saying, “What!! Oh that’s a woman, carry on.” The remark kicked off an exchange between Emery and Tommy C in which he degraded women in service and said he “lifted the shit you were ‘supposed’ to have been able to lift each and every detail.”

He said later on his Youtube channel that his “little sexist dig” is “typical me, I admit.” He went on to repeat his complaints that women he served with didn’t pull their weight, and how he he has seen women in the military “getting dumped, accusing people of rape.” He said when people “talk like this” — in reference to Emery’s tweet — “they’re either full of shit or shit-bags.”

Emery told Task & Purpose she could tell he was making assumptions about her service just because she was a woman. So she decided to clear things up for him in what is arguably the loudest mic-drop in all of military Twitter history:

That tweet went viral, which she certainly wasn’t expecting.

“I just don’t expect all this because you know, I’m not famous … I don’t expect people to reply and the kind of people that have replied and followed me since then, there’s like a lot of pressure, the lead anchor for CNN follows me on Twitter now,” she laughed, referencing CNN anchor Jake Tapper, who does indeed follow her. “I’m like ‘Oh no, I’ve got to watch what I say now.’”

According to her website, Emery joined the Army “as part of another ‘why not, what can [possibly] go wrong’ moment.” She enlisted in 2016, according to her DD-214, and served as a field artillery firefinder radar operator. She went to Airborne School and was stationed at Fort Bragg, North Carolina, and deployed to Afghanistan with the 501st Parachute Infantry Regiment from 2017 to 2018.

After returning home in 2019, Emery was medically retired just shy of her contractual obligation after a parachuting incident left her with a broken back, femur, and hip.

Emery felt “lost and had little sense of direction” after she left the Army, as she explained on her website. She told Task & Purpose she “went through some really bad depression” for several months afterward. But one day, some of the soldiers she served with recommended she get into the gaming community.

“I felt like I lost my family when I got out,” she said. “And they were like ‘Hey, there’s another family online. Why don’t you stream?’”

So she began streaming and doing social media full time, and it was “really, really good” for her, Emery said. At the same time, she started wanting to embrace her femininity more, something she hadn’t really done while she was in the Army. In the 82nd Airborne Division especially, she said, it’s “drilled into you to be a hard charger, to be really masculine,” which didn’t bother her because she said she’s “naturally a tomboy.”

That changed after the Army. She got into modeling and started “embracing being feminine.” What she found, however, was the moment she started doing that, the respect for her military service went out the window. As a female veteran, she said, it’s like “whatever experiences you had, whatever thing you actually did is almost immediately invalidated, especially … if you embrace your femininity on the internet.”

“I noticed [that] I went from when I talked about my military experiences, it being for the most part respected,” Emery said, “immediately to just getting dragged because I don’t fit the part anymore. I don’t look how they feel a female is supposed to look.”

She sees it happen with other women online too, and while she says the criticism and vitriol doesn’t typically get to her — “I don’t care about their opinion,” she said — others are more hurt by it. She’s become more outspoken and more intent to stand up for other women in uniform against the hate, which is the same outlook that resulted in her tweeting her photo last week.

When Emery saw what the man was saying about her, she knew he was “making an assumption” about her service because she’s a woman.

“I may not be a super soldier,” she said. “But I felt like it would make enough of a statement to be like, ‘This is what you’re thinking in your head, and here’s a photo of me in my dress blues. Is that what you imagined? No. Okay, maybe you should think things through before you speak.’”

When she realized how much attention her tweet and photo was getting, she automatically assumed the worst, thinking she was about to “get torn apart by dudes on Twitter.” But when she looked at the replies, she was pleasantly surprised, to say the least. Support was pouring in, both from strangers and even from some of the guys she served with. It was a totally different experience, she said, which showed her that the military community that supports women in uniform is actually bigger than the “toxic” “vet bro” community.

“This is, by and large, the best smackdown I have seen on Twitter,” another person said.

Ultimately, Emery said there is “a massive amount of veterans who are so supportive of their sisters, but they’re just usually not the loudest ones on Twitter, so we kind of don’t see it a lot. And people forget that they do have a family out there.”

Should that supportive community maybe try to be louder? “Yes,” she laughed. “Please.”