To Star Wars fans, both male and female, Carrie Fisher’s portrayal of Princess Leia was iconic, both in 1977, when... 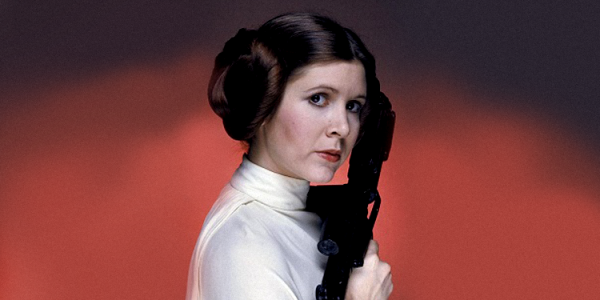 To Star Wars fans, both male and female, Carrie Fisher’s portrayal of Princess Leia was iconic, both in 1977, when she first appeared in “Star Wars,” and today. Leia was beautiful, sharp-witted, courageous, and strong, during a period when women were rarely depicted as more than just damsels in distress.

Leia gave little girls and young women a hero to look up to, but that character could never have been played with such perfection had it not been Fisher in the role. She was a warrior before women warriors were accepted in Hollywood. Although she was only 19 years old when she first began filming “Star Wars,” Fisher exuded the confidence of a much more seasoned actress when she looked Harrison Ford in the eye and called him a “stuck up, half-witted, scruffy-looking Nerf herder” on screen.

Fisher was also very honest and open about her personal struggles, opening up about her struggle with depression and bipolar disorder to Diane Sawyer in 2000, nearly a decade before anyone was talking about mental health issues out in the open. “I am mentally ill. I can say that. I am not ashamed of that. I survived that, I’m still surviving it, but bring it on. Better me than you,” she said during the interview.

Ultimately, Leia made Hollywood heroines cool, but Fisher kept that coolness alive for nearly 40 years. “Leia became a legend first, but Fisher burnished that legend, added to it, made Star Wars smarter, made Leia’s coolness somehow bigger than the movies around her,” Darren Franich wrote in a tribute to Fisher for Entertainment Weekly. “Leia was a princess and a general, a standard-bearer for women in the blockbuster era. The woman who played her was nobody’s slave, and with honesty and humor, she kept fighting.”

The loss of Fisher on Dec. 27 leaves a great disturbance in the Force. Below are several tweets that express the grief the world is feeling in the wake of her death.

#RIPCarrie aka Princess Leia. You were an inspiration to many who look to the stars. https://t.co/3LKNSYl1QX

No. No. Fuck this shit. Carrie Fisher is a fucking legend and this is bullshit.

Princess Leia taught me to resist and fight. Carrie Fisher taught me to be bold and loud and own the darkest parts of me.

This is the image I've seen the most today. The General. If our life is well lived, our legacy will preserve our most dignified moments. pic.twitter.com/SlRE9PFISW

NO YOU CAN'T TAKE PRINCESS LEIA FROM US, 2016. Seriously this is bullshit. https://t.co/zEB0vt2FTt

I'll still be waiting for you……. pic.twitter.com/ef461OcqKJ

To the damsel who took the lead on her own distress, here's to you Carrie Fisher. Image via @smrtgrls pic.twitter.com/3QwmWWN0dR

Everyone is sharing pictures of Fisher when she was young, but let me show you the Leia that was the most important to me: General Organa pic.twitter.com/xXFETlkZ8Y

Love that there's not one but two pictures of Carrie Fisher in garbage cans making the rounds. Never felt closer to her tbh. pic.twitter.com/tMHTdoLnMs

Carrie Fisher went out the way most women would want to: after telling the world she fucked Harrison Ford in his prime.

May the force be with you, Princess Leia
Rest in peace, Carrie Fisher#RIPCarrie
Cc @starwars pic.twitter.com/NfBggMZgDc