Chelsea Manning: ‘Freedom Was Only A Dream, And Hard To Imagine. Now It’s Here!’

Chelsea Manning — the Army intelligence soldier who vaulted Wikileaks to notoriety after leaking almost three-quarters of a million classified... 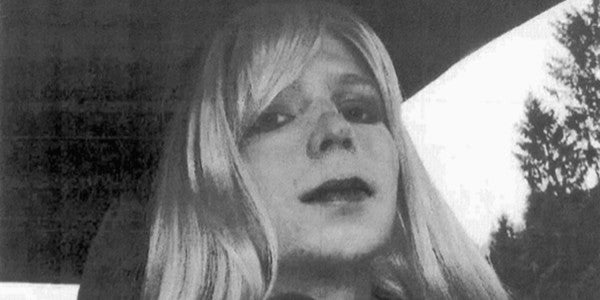 Chelsea Manning — the Army intelligence soldier who vaulted Wikileaks to notoriety after leaking almost three-quarters of a million classified U.S. war reports and diplomatic cables to the stateless website — will be released from the military prison at Ft. Leavenworth next week, she confirmed on Twitter Tuesday.

Freedom was only a dream, and hard to imagine. Now it's here! You kept me alive <3 https://t.co/abkGoA3fOi

Manning, who was sentenced by a court-martial to a 35-year prison term for espionage and theft in 2013, had her sentence commuted in January by outgoing president Barack Obama. Manning attorneys confirmed in a statement Tuesday that she would leave prison sometime next week.

Manning’s release would close out a nearly decade-long saga surrounding her decision to record State Department communiques and battlefield “significant acts” reports from her classified SIPRNET computer terminal in Iraq and send them to Wikileaks, a then-little-known hacktivist site that published the leaks in 2010, to much media fanfare, as the “Iraq War Logs” and “Afghan War Diary.”

We couldn’t be more excited that our client Chelsea Manning will finally be a free woman next week! pic.twitter.com/MvAbYUmAjg

The leaks, some of the largest in American history, were embarrassing to officials in Washington and U.S. embassies abroad — and a powerful window into how the United States waged diplomacy and war after Sept. 11. Some analysts say their revelations about foreign leaders’ wealth, corruption, and internal wranglings may have helped contribute to the so-called Arab Spring — the democracy movement that toppled dictators in multiple countries, but also led to the ongoing civil war in Syria.

Praised as a fearless whistleblower by supporters and derided as a traitor by critics, Manning — born as Bradley Manning in 1987 — came in for scrutiny not only for her treatment of classified material, but also her life choices. In prison, Manning’s longstanding struggles with depression continued; she attempted suicide on several occasions, prompting authorities at Leavenworth to gig her for misconduct and place her in solitary confinement, a move her attorneys protested as cruel and unusual.

In 2013, shortly after she was sentenced, Manning began openly living as a woman. “As I transition into this next phase of my life, I want everyone to know the real me,” she said in a statement announcing the change. “I am Chelsea Manning. I am a female.”

Manning struck a similarly optimistic tone in a statement Tuesday after her impending release was announced. “For the first time, I can see a future for myself as Chelsea,” she wrote. “I can imagine surviving and living as the person who I am and can finally be in the outside world. Freedom used to be something that I dreamed of but never allowed myself to fully imagine.”

She added, “I am forever grateful to the people who kept me alive, President Obama, my legal team and countless supporters.”

At his last press conference before leaving office in January, Obama was asked tough questions about his decision to commute Manning’s sentence. “Let’s be clear,” he answered. “Chelsea Manning has served a tough prison sentence. So the notion that the average person who was thinking about disclosing vital classified information would think that it goes unpunished, I don’t think, would get that impression from the sentence that Chelsea Manning has served.”

Manning’s 35-year sentence “was by far the longest punishment ever imposed in the United States for a leak conviction,” according to the New York Times.