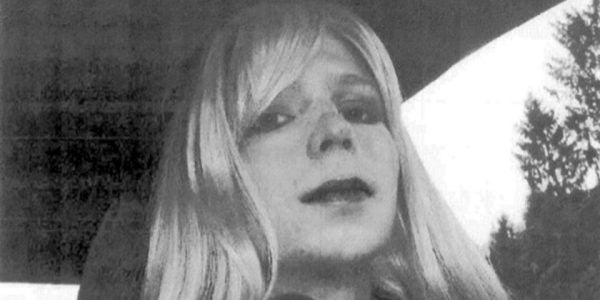 Manning, a 29-year-old native of Oklahoma, was convicted in a military court martial of 20 counts, including six violations of the Espionage Act, in 2013. She was acquitted of her the most serious charge leveled against her, aiding the enemy, which is a crime punishable by death.

The Army’s decision to keep Manning on active duty during the appeals process should come as no surprise for the simple reason that she was convicted in a military court. The Uniform Code of Military Justice only applies to members of the armed forces and civilians serving alongside military personnel in the field “in a time of declared war or a contingency operation.” Manning was a soldier when she committed the crimes she was convicted of.

Manning is scheduled to be released from the Department of Defense’s maximum security prison located at Fort Leavenworth, Kansas on May 17, after which point she’ll continue to have access to healthcare and all of the other benefits soldiers are entitled to, but will not be paid, Army spokesman Dave Foster told USA Today.

Manning, who was born male, entered the Army as Bradley, and served with the 10th Mountain Division in Iraq in 2009-2010 as an intelligence analyst. While deployed, Manning leaked more than 700,000 classified military and State Department files, including battlefield footage, to WikiLeaks.

In 2013, Manning announced that she was a woman in a statement released to the media about a month after her conviction. “I am Chelsea Manning,” the statement read. “I am a female.” Following the announcement, Manning received hormone treatment and care for gender dysphoria.

As a veteran, Manning is eligible for sex reassignment surgery paid for by the U.S. government; however, if her appeal is denied, she will likely be dishonorably discharged and lose her health care benefits.

According to her lawyers, Manning attempted suicide twice in prison, where, they claim, she was subjected to violence and mistreatment, including being denied permission to wear her hair long.

“For the first time, I can see a future for myself as Chelsea,” Manning said in a statement released last week. “I can imagine surviving and living as the person who I am and can finally be in the outside world. Freedom used to be something I dreamed of but never allowed myself to fully imagine.”