Yesterday, President Barack Obama commuted the sentence of Chelsea Manning resulting in a flurry of opinions on social media (myself... 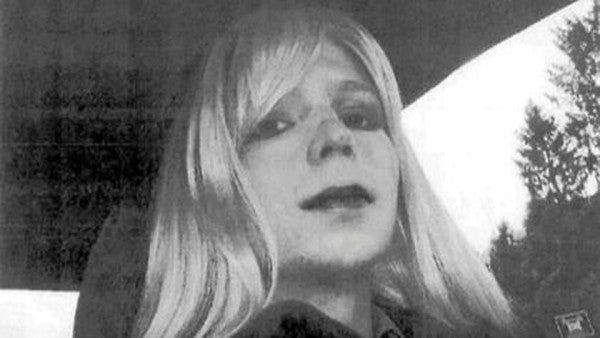 Yesterday, President Barack Obama commuted the sentence of Chelsea Manning resulting in a flurry of opinions on social media (myself included). People are split on the decision. Some are saying that Manning is a traitor and a criminal and should serve every second of her 35 year sentence. Others are saying that she might have died in prison under a Trump administration. I think that the truth is somewhere in the middle.

Now, before we get started, it is important to point out that this conversation has almost nothing to do with Manning being a transgender woman.

First, Manning risked our national security in a very real and dangerous way. Despite critics saying things like “the government was never able to prove a single instance that resulted in the death of an American service member,” the fact remains that she bulk shared after-action reports, diplomatic cables, videos, and documents containing tactics, techniques, and procedures. Anyone who has served in the military should reasonably recognize that just doing that at all risks the lives of men and women in uniform as well as frontline civilians working across the globe. Further, there are whistleblowing procedures in place for classified information meant to provide a path for someone to flag violations of law or human rights. Manning didn’t even try to follow those.

Second, I know I’d much rather have Julian Assange in jail than Manning. Not only is he an accused rapist, he has caused untold amounts of damage through leaks. But let’s not lie to ourselves, Assange is not going to turn himself in.

If Obama grants Manning clemency Assange will agree to US extradition despite clear unconstitutionality of DoJ case https://t.co/MZU30SlfGK

He lacks the courage and the integrity to follow through on such a promise. Our country desperately needs reform around the way we share classified information but bulk sharing on Wikileaks is not the way to do it.

Finally, this case represents an interesting study in the need for criminal justice reform. The fact is that no one has ever served as much time as she has for crimes under the Espionage Act. In fact, we’ve had flag officers leak information and face no jail time at all. This is typical of the military where we often see senior leaders receive little to no punishment for offenses that junior enlisted service members might be punished severely.

And, not excusing her from her actions, but why the hell do we have so much information available to so many people? I know from my experience in the military that there is a ton of information available without regard for need to know, despite our entire system of clearance and classification being largely based on someone having the need to know prior to access. Manning clearly exhibited signs of mental-health distress throughout her military career and received no help from anyone. This is not something that is new to the military. I remember a guy on my first ship spending his entire watch talking to seagulls, yelling at them to stand in formation. He was armed and no one even thought about taking his gun and taking him to medical. Eventually that sailor ended up in in-patient mental health treatment, but it took several instances before he got the treatment he so desperately needed.

To be clear, we must punish those who risk our national security through leaks, espionage, or other traitorous actions. We must also take into account the full context of each case. Initially, I was dead against any sort of commutation for Manning, but after considering all of the facts, I have come to a different conclusion. Mercy is the only answer here. As much as I believe Manning is a traitor and a criminal, I also believe that there is little hope with the incoming administration for her to receive fair and humane treatment. She has admitted wrongdoing and will never be able to work in the intelligence field again. She has served more time than anyone else has ever even been sentenced to serve for that crime, including several flag officers. Most serve between one and three and a half years. The benefit far outweighs the risk of commuting her sentence and justice has been served.