Six days after the Pentagon announced it was ending the ban on transgender service members in the United States military,... 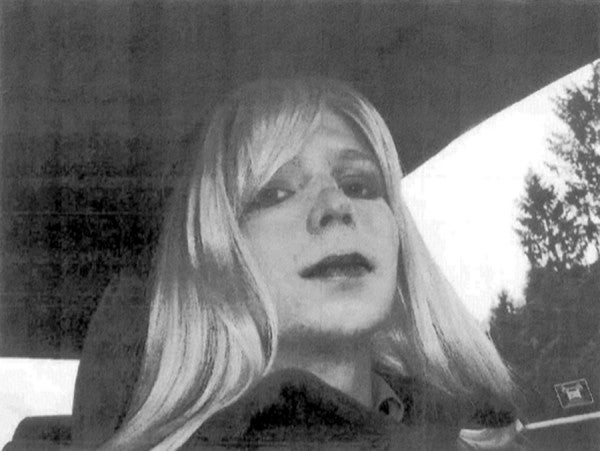 Six days after the Pentagon announced it was ending the ban on transgender service members in the United States military, the highest profile transgender soldier in the U.S. Army was rushed to the hospital after reportedly attempting suicide.

Her name is Chelsea Manning.

Depending on who you ask, Manning is either a courageous whistleblower who revealed war crimes, or a cowardly traitor who recklessly revealed state secrets and endangered American lives. In 2013, Manning was sentenced to 35 years in prison for violations of the Espionage Act by leaking classified information to WikiLeaks while deployed as an intelligence analyst in Iraq in 2009.

I personally believe Manning’s conduct to be criminal and deserving of punishment. That is not, however, what I am here to discuss. In the immediate wake of the end of the ban on transgender Americans serving openly, Manning’s story offers a cautionary tale on the inequality that non-gender conforming Americans face. It reveals the hazards of discrimination and the stakes of implementation.

The day after her sentencing, Manning, who had until then been known as Bradley Manning, revealed she identified as a woman and her name is Chelsea.

On July 5, reports surfaced that Manning was rushed to the hospital from the prison at Fort Leavenworth, Kansas, after an apparent suicide attempt.

No one knows the circumstances around Manning’s attempted suicide. The Army rejected a request by the Associated Press to interview her. Manning’s attorneys have also reportedly been denied access to her.

More than four in every 10 Americans adults who are gender non-conforming will attempt suicide at some point in their lives, according to a 2014 study from the University of California, Los Angeles School of Law. The study found that 41% of gender non-conforming Americans have attempted suicide. By contrast, just 4.6% of the overall U.S. population will attempt suicide.

A June report in the New England Journal of Medicine connected the “substantial discrimination” transgender Americans face with a variety of mental health factors, including risk of suicide.

Before this week, Manning already had a long and tragic history with suicide. When she was just 12 years old, her mother attempted suicide, and Manning sat in the backseat of the car while her older sister rushed her mother to the hospital, because their father was too drunk to drive the car.

“Unfortunately my 12-year-old brother had to go back there and make sure his mom was still breathing,” Manning’s sister, Casey Major, said of Manning in a 2013 report in the Guardian.

When she was initially arrested for her crime in 2010, Manning, under detention in Kuwait, wrote on a form asking if she had ever contemplated suicide, “forever planning, never acting.”

She was found to have made a noose out of her bedsheets, and told a psychiatrist in Kuwait that if she “could be successful in committing suicide, I would.”

When she was transferred to the brig at the Marine Corps base in Quantico, Virginia, Manning was under a suicide-watch, forced to stand naked in front of prison personnel, and subjected to solitary confinement.

In social media posts, Manning described feeling isolated and alone as a young U.S. Army soldier, long before she broke the law. Manning’s isolation in the period leading up to her crime was a direct failure of U.S. policy. At the time of her crime, Manning identified as a homosexual male, and was banned from being openly gay. Her former roommate from the Iraq deployment testified at trial that when he began to suspect Manning was gay, he cut off all communication. If she had been out as a transgender woman, she would still have been in violation to U.S. policy. In either case, she was not allowed to be herself, not allowed to speak to peers or supervisors about her true identity or life.

Keeping queer Americans out of uniform is both unjust and impractical, and for years, the military adopted policies that forced those service members to live false identities.

Lifting the ban on transgender service members being able to serve openly in the U.S. military is a good step toward equality. The U.S. military will not achieve equality until every American has an equal chance to serve in the interest of national defense. True equality will evade us as a society so long as transgender Americans — in or out of the military — lack the resources and support systems to have an equal shot at success. Merely lifting the ban is not enough. It’s not enough to suddenly say, ‘it’s OK to be transgender.’ The military needs to empower its service members to be secure in their gender identities, and leaders must stamp out discrimination wherever it may rear its ugly and destructive head.

Manning herself, writing for the Guardian on July 1 on the end of the transgender ban, said, “When it comes to trans inclusion in the military, at this point, there are still too many questions.”