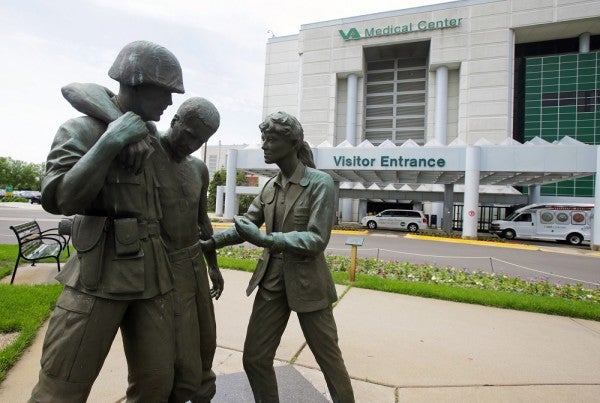 Another key finding of the study, which will be released in full in late July, showed that 20 veterans committed suicide daily in 2014, in contrast to the frequently quoted “22 a day” statistic from a 2010 VA report. Additionally, the study revealed that while veterans make up less than 9% of the U.S. population, they accounted for 18% of all suicides in 2014. Further, that same year, 65% of veterans who died by suicide were aged 50 years or older.

Related: Suicide Is More Than Just A Veteran Problem »

Additionally, the study found that the risk for suicide among female veterans was 2.4 times higher than their civilian peers in 2014.

“We needed this data. And this data, for our members, is alarming,” said Judy Patterson, the chief executive officer of Service Women's Action Network, a leading nonprofit advocacy group for female veterans and servicewomen.

The study is the most comprehensive analysis of veteran suicide rates in the U.S. to date, drawing from more than 55 million veterans’ records from 1979 to 2014 from every state in the country.

“This database really represents for us the most comprehensive data on veteran suicide that’s been available and will help our researchers be able to figure out what’s working, what we can do better, and how we can serve veterans better,” said David Shulkin, the under secretary of health for the VA during a summit on veterans’ health and bridging the civil-military divide in Washington, D.C., on July 7.

According to Brian Duffy, the senior vice commander-in-chief with Veterans of Foreign Wars who was a panelist at the summit, it’s paramount that the information from the study be framed and presented accurately.

“I think getting that data out is what’s going to be critical. … the more we talk about it and the more we make sure that this message gets transmitted effectively is better for veterans,” Duffy said.