For the last year, the Department of Veteran Affairs has been trying to implement some of the private sector’s best... 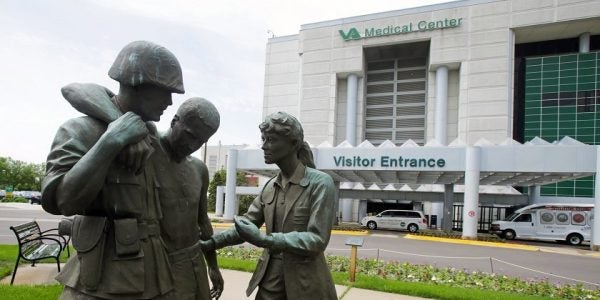 For the last year, the Department of Veteran Affairs has been trying to implement some of the private sector’s best practices, namely innovation and entrepreneurship. On Aug. 15, a mix of employees, veterans, and senior leaders in the department gathered to discuss the results of those efforts during an innovation demonstration in Washington, D.C.

The main focus was on the VA’s Innovators Network, which launched eight sites across the country over the course of the year. Innovation specialists at these sites work with other VA offices and clinics, providing training, support, and seed funding to help get their ideas off the ground. The VA has innovation sites in Portland, Oregon; San Francisco, California; Milwaukee, Wisconsin; Atlanta, Georgia; Chillicothe, Ohio; Boston, Massachusetts; and two in Mississippi.

“We wanted to arm them with the tools through innovation to really see and solve problems and use tools that you see often in the private sector, like human-centered design and entrepreneurship, but bring that to the VA,” said Andrea Ippolito, who leads the Innovators Network at the VA, in an interview with Task & Purpose.

Support for new projects follows a tiered system reminiscent of the startup industry. Funding is broken down into three tiers: Spark funding allots between $5,000 and $10,000 to get a proof of concept off the ground; seed grants are awarded after enough evidence is gathered to validate that a concept works, and amounts to roughly $50,000 to help pay for a pilot project; and spread grants are between $100,000 and 500,000, and are used to expand a program to other sites.

“For us, innovation is not just important to do, it’s actually essential,” said David Shulkin, the under secretary of health for the VA, during his opening remarks. “Much like every healthcare organization, if you are involved in the delivery of medical services to Americans, you have to be rethinking what you’re doing, reinventing, and innovating to be able to survive. Those that don’t will find themselves increasingly irrelevant.”

At the demonstration, 33 projects were presented, some of which are in their early stages, like the one in Jackson, Mississippi, that provides emergency room care for patients with acute mental health issues. Other projects and innovations were more tech-based, such as the smartphone app developed by the VA in Atlanta, Georgia, that allows patients to receive cardiac rehabilitation and support from home.

A few even focused on reshaping the way their VA clinic works, by making their veteran patients the driving force behind their own treatment.

“When we noticed that veterans weren’t responding to the mental health treatment the way we wanted to see, we conducted focus groups to figure out what we could do better,” explained Grishelda Hogan, a founder of one of the projects showcased that day.

This led Hogan to start the Center for Integrated Wellness and Self-Expression in Boston, Massachusetts. The program is co-run by both the veterans who attend and the VA staff, explained Hogan. The studio offers alternative methods to help with mental health and wellness, as well as doubling as a kind of communal hub for attendees.

“They wanted a program they could attend not only when something was wrong, but when it was right,” Hogan told Task & Purpose. “They wanted to share with their peers; they want to come in on the day they need the service; they don’t want to wait for the service; and they wanted an alternative pathway to mental health and wellness.”