Support for lesbian, gay, bisexual, and transgender equality has grown exponentially in the past few decades. This is most visible... 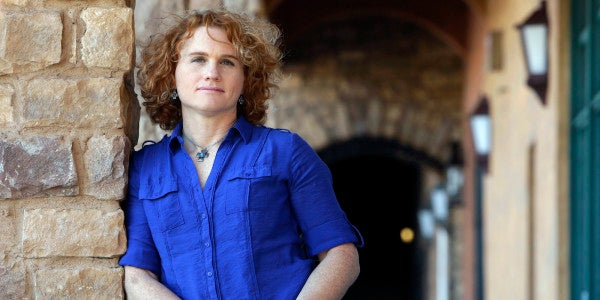 Support for lesbian, gay, bisexual, and transgender equality has grown exponentially in the past few decades. This is most visible when you look at the acceptance of marriage equality specifically, compared to other social movements in the United States. For instance, it took just 11 years for marriage equality to become a national right after the first state allowed it in 2003. For things like interracial marriage, women’s suffrage and prohibition, the battles spanned decades or even centuries.

However, despite the freedom to marry becoming the law of the land after the Supreme Court’s historic ruling in Obergefell v. Hodges this past summer, there are stillnumerous hurdles the LGBT community must overcome to enjoy all the freedoms it deserves. Perhaps no group is affected by these challenges more so than transgender women and men.

Though many major U.S. cities have passed nondiscrimination bills to protect this vulnerable community, even in places like Houston — one of the most diverse cities in the United States — legislation was recently repealed that would have ensured this protection.

Adding to this vulnerability is thelack of understanding toward transgender people, which makes them extremely susceptible to bothever-increasing violence, as well as a highly disproportionate likelihood of harming themselves.

What makes this more troubling, though, is the same HERO ordinance that was repealed in Houston last week would have also made discrimination against 14 other classifications of people illegal in the fourth largest city in the United States — one of them being another minority group disproportionately susceptible to self-harm: our veterans.

When you realize how likely both transgender women and men are to violence and suicide, it is only more frightening that the odds are stacked against those who are both transgender and service members or veteran. Considering there are an estimated 134,000 transgender veterans in the United States today, according to the National Center for Transgender Equality, this is a problem that needs to be addressed.

Despite there being more obstacles than you could imagine for these brave women and men to overcome, there is hope. Not only has the Pentagon eased its stance on transgender people serving openly, but we now have, for the first time, a contingent of both openly transgender active-duty service members and veterans who are introducing the world to not only their struggles, but their perseverance. And, since recent research shows that people are more likely to be accepting of transgender women and men if they know someone who is trans, I’d like to introduce you to a few of these individual paving the way.

Kristin Beck grew up on a small farm in western Pennsylvania and attended the Virginia Military Institute after graduating high school. She spent the next 20 years serving in the Navy, compiling a military record that most could only dream about, including 13 tours overseas serving as a special operator on the Navy’s elite SEAL Team Six. Throughout her career, Beck was awarded numerous awards, including the Bronze Star with “V” device for heroic action under fire, the Purple Heart, and the Defense Meritorious Service Medal with an oak leaf cluster. Since leaving the military, she ran for office in Maryland’s 5th district and wrote “Warrior Princess,” a story about all the badass things she’s done and overcome.

Born in Patuxent River, Maryland, to parents who served in the Army and Navy, Shane Ortega knew at a young age that he would follow in their footsteps and serve his country as well.

So it was no surprise that just two days after graduating high school, he was off to Marine Corps boot camp in 2005. Ten years later, still on active duty in the Army, his military accomplishments include serving on over 400 combat missions in both Iraq and Afghanistan as a team leader, squad leader, crew chief and machine gun section chief. Ortega currently serves as a helicopter crew chief in the Army’s 25th Infantry Division in Oahu, Hawaii, and when not training to compete as a professional bodybuilder, he’s a leading voice advocating for the rights of our transgender active-duty service members and veterans.

Sheri Swokowski grew up in Manitowoc, Wisconsin, learning the meaning of service from a mother who was a nurse and a father who was once a prisoner of war, captured while fighting in the Battle of the Bulge during World War II. Her military career spanned over 34 years, 22 of which on active duty. She originally served as an enlisted infantry soldier and rose to the rank of colonel in the Army. After experiencing an increasingly difficult time transitioning as a veteran, she has become the leading voice in the charge against inequality within the Department of Defense saying, “The military teaches us to fight; DoD and other organizations shouldn’t be surprised when we do.”

When it comes to Shari Zabel, there isn’t much she hasn’t done. Excelling as an athlete at an early age, she breezed through ROTC and earned her commission in the Air Force in 1988. As a pilot she enforced the no-fly zone over Iraq in the late nineties and flew combat missions during Operation Iraqi Freedom. Zabel wrapped up her distinguished military career 20 years later, went on to work at North American Aerospace Defense Command as a planner for special security events, and somehow found the time to earn a master’s degree in aerospace science as well. She currently serves on the board of Spring Equality, an organization that advocates for the LGBT community in the greater El Paso area, as well as a local publishing company that specializes in children’s books for disadvantaged authors. Zabel also recently announced that she will run for House District 16 as a Democrat

Sage Fox began her military career in 1993 after enlisting in the Army and spent the next several years training and serving with Special Forces, deploying to Haiti, and working for the Army Chief of Staff at the Pentagon. She earned a commission in 2009 as a signal officer and was the first transgender soldier invited to serve openly in uniform as her preferred gender identity. She currently serves as the executive vice president on the board at Transgender American Veterans Association and is pursuing her master’s of social work at the University of Southern California when she’s not spending time with her four children.