Editor’s Note: The story by Wayne Heilman originally appeared in the The Gazette (Colorado Springs, Colo.) (Tribune News Service). A... 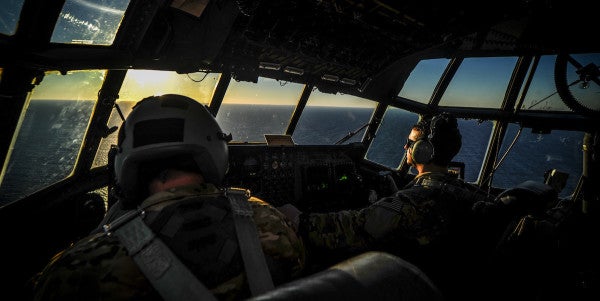 A Rand Corp. study has found the Air Force could lose more pilots in coming years amid a hiring surge and salary increases by the nation's largest airlines.

Military pilots are a likely target as American, Delta and United all boost pilot hiring during the next 20 years to replace their aging workforces, the California-based military issues think tank said in a study released Tuesday.

Trisha Guillebeau, an Air Force spokeswoman in Virginia, said Thursday in an email that the pilot retention in the Air Force has declined for three consecutive years and resulted in a shortage of qualified pilots, which is most acute for fighter aircraft. As a result, she said, Air Force Chief of Staff Gen. David Goldfein in September ordered a redesign of the service's fighter aircraft operations to “focus on developing a strategy and implementation plan to ensure the Air Force has an enduring, proficient and sufficient fighter pilot force.”

Guillebeau said the Air Force this year came up with and is putting into practice recommendations that include making deployments more efficient, adding administrative support in flying squadrons, adding maintenance staff to utilize aircraft better and increasing assignment flexibility.

She said the service also has asked Congress to increase all aviation retention pay in response to less than half of fighter pilots accepting retention bonuses last year and that percentage declining again this year.

The airlines' recruiting push, which includes increasing pilot pay by more than 20 percent since 2014, is expected to produce a shortage of qualified military pilots unless the Department of Defense nearly doubles the extra pay it gives to pilots.

“Former military pilots aren't the only hiring pool for commercial airlines, but our research shows that when commercial airlines hire more pilots, the number of Air Force pilots leaving military service tends to rise,” Michael Mattock, lead author of the study, said in a news release.

The best opportunities for salary growth for military pilots are when they leave at the end of their active-duty service commitment of 10 years, rather than after a full 20-year military career that earns them a pension, the study found. Those pilots would still be valuable to the Air Force if they remained in the military, but they can earn a salary of more than $180,000 annually within five years of leaving the service, Mattock said.

To avoid a shortage, the Department of Defense would have to increase pilot retention pay from a maximum of $25,000 annually to between $38,500 and $62,500, Rand calculated.

The study, “Retaining Air Force Pilots When the Civilian Demand for Pilots is Growing,” is available at www.rand.org.