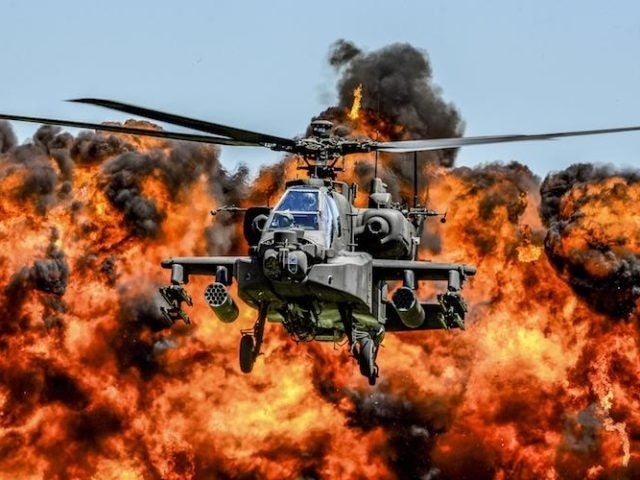 Tom note: Here is the ninth entry in our 10 Long March posts for 2018, the 2nd most-read item of the year, which originally ran on April 11, 2018. These posts are selected based on what's called 'total engaged minutes' (the total number of time spent reading and commenting on an article) rather than page views, which the T&P editors see as a better reflection of Long March reader interest and community. Thanks to all of you for reading, and for commenting–which is an important part of this column.

This past Friday, an AH-64 Apache helicopter crashed during a training mission at Fort Campbell, Kentucky, the latest in a slew of deadly mishapsfrom across the services in the past week. The accident comes on the heels of a damning report from the Military Times, documenting an alarming rise in accidents stretching back over four years. The Army, for its part, has seen relatively constant accident rates over the past four years, according to its official safety magazine, Flightfax, with accident rates between FY2013 and 2017 hovering between 0.72 and 1.52 Class A accidents per 100,000 flying hours — far lower than anything Army Aviation has seen since it began tallying accidents in the early 1970s (p. 123).

Aviation is in a state of malaise across the armed forces, with nearly all of the services reporting problems with maintenance, training, and pilot retention. I've identified two potential culprits common to both of the services and a third unique to Army Aviation.

First, the services as a whole are simply not dedicating enough man-hours to maintenance. During the War on Terror, it was relatively simple for a deployed combat aviation brigade to keep aircraft in the air — service members, augmented by a small army of contractors, could work around the clock, seven days a week, with few distractions. As a result, a typical brigade could fly well over 100,000 hours during a one-year deployment. That's hardly the case at home, where service members must do the lion's share of work. Our Army maintainers are hard workers, there's no doubt about that. But a Soldier cannot dedicate as many hours to maintenance in an average day as a contractor.

In a typical year, there are just 256 days available for a Soldier to fix aircraft, after taking into consideration holidays, weekends, and other events. Now take away thirty days each year for leave, and a few more days due to the demands of PCS moves, NCO development schools, and training for additional duties. Now subtract days for Soldiers who may be ETSing, on sick leave, or taken from their units for duties such as gate guard or staff duty. When you're finished, the average Army maintainer might only be able to turn wrenches on aircraft for less than two hundred days in a calendar year.

This, in turn, drives a second problem: fewer man-hours devoted to maintenance mean fewer flyable aircraft, and fewer flyable aircraft mean that pilots are flying fewer hours, especially non-deployed units. Less training, in turn, can equal more mistakes. All four services have reported that pilots are struggling meet their flying hour minimums. This has become most apparent in the Marine Corps' F/A-18 community, which has struggled with poor maintenance statistics, fewer flight hours allocated for training, and an increase in accidents.